Instructor of Music | Director of Bands

As a performer, Zach is an extremely versatile percussionist that specializes in a wide range of musical styles. His omnivorous approach in performance and education has led him to a career in jazz, latin, pop, country, rock, and heavy metal drum set, as well as marching percussion, classical percussion, African percussion, multi-percussion, and four-mallet marimba. In these areas, Zach has won a number of competitions including the Nebraska Guitar Center Drum-Off finals, the Victoria Drum Festival Solo Competition, the Heartland Marimba Festival Solo Competition, the Scottsdale Guitar Center Drum-Off, the Paul Seidel Drumming Competition, and the Percussive Arts Society International Percussion Ensemble Competition.  He has also been recognized as a winner of 2 DownBeat Magazine Student Music Awards in the Graduate Blues/Pop/Rock Soloist category.

His performance background includes appearances with the Arizona Music Festival Orchestra, the Pan Asian Dance Coalition, Randy Brecker, Jason Palmer, the Phoenix Symphony, Dave Pietro, Dave Douglas, Ballet Arizona, Walter Smith III, Andy Narell, and the Symphony of the Southwest. He is also one of the original founders of the rock band Righteous Vendetta (Sony Records). He spent 2 years with the band, touring the country playing countless venues and festivals in over 35 states. The band also won a number of competitions, including the Mountain West Region of the Ernie Ball Battle of the Bands. He can be heard on Righteous Vendetta’s first 2 recordings “Complexity of the Fallen” and “The Dawning” (Red Cord Records).

Zach currently holds associate degrees in music education, music performance, and music technology from Northwest College (where he was named the 2010 Music Student of the Year), a bachelor’s degree in music education from the University of Wyoming (where he was named the Presser Scholar in 2013), and a master’s degree in percussion performance (MM) from the University of Nebraska, and a doctorate in percussion performance (DMA) at Arizona State University. 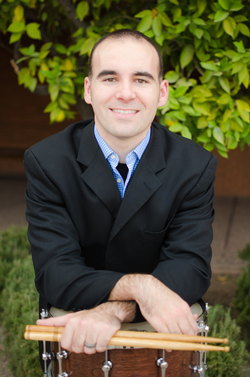