Craig Olson is originally from Southern California where he acquired a diverse musical background. He toured for 4 years as a saxophonist with United States Navy Band out of San Diego. After the service he received his Bachelors from Cal Poly and a Masters from Azusa Pacific College. For the next seventeen years he was in public education and had an outstanding program at Pioneer Middle School where his groups were featured at the International Association of Jazz Educators Conventions. He served as President of Jazz Education for the Southern California Band and Orchestra Association.

Craig also served as the Southern California representative for IAJE. He has been on the staff for many jazz camps over the years including the Fullerton College Jazz Camp, Fullerton State College All-American Jazz Camp, the Idylwild School of Music and the Arts and the Yellowstone Jazz Camp. A resident of Cody, Wyoming, Craig currently teaches Wind Band, Saxophone, and Vocal and Instrumental Jazz Groups at Northwest College. He is also director of music at First United Methodist Church in Cody. In addition to these activities he owns and operates his own music business, adjudicates festivals in the area, and teaches in his private studio. He continues to play professionally in the area.

Craig also has adjudicated music festivals in Montana and Wyoming in addition to conducting honor bands including the 2005 Montana Eastern Allstate Jazz Band. 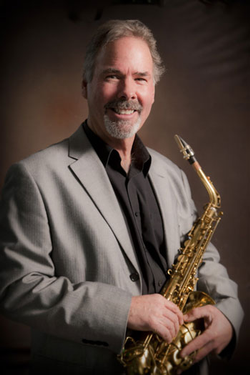