An American Artist in China exhibit opens at NWC Oct. 5

POWELL, Wyoming — Original works created by American artist Cyrus Baldridge (1889-1977) will be on display from Wednesday, Oct. 5, until Friday, Nov. 4, in the Northwest College SinClair Gallery. During that time, the exhibit doors will be open Monday through Friday, 8 a.m. – 5 p.m.

“Cyrus Baldridge: An American Artist in China” is an assortment of select works from the University of Wyoming Art Museum’s permanent collection that were completed during the artist’s journeys throughout Asia in the 1920s.

Born in Alton, New York in 1889, Baldridge’s career in art began at the age of 10 when he was accepted as the youngest student at Frank Holme’s Chicago School of Illustration. From there, he attended the University of Chicago, graduating in 1911, and joined the Illinois National Guard Calvary a few years later.

While traveling through Asia in the 1920s, Baldridge learned traditional techniques from Japanese and Chinese masters and produced numerous etchings, dry point and woodblock prints. His exposure to the sparse lines of traditional Asian art dramatically affected his style, and later brought him acclaim and recognition as an artist. This success led to several important commissions and by the early 1940s, he had illustrated more than one hundred nationally published books and magazine articles.

This exhibit features pivotal works produced by Baldridge during his time in Asia and showcases his transition from detailed illustrations to simplistic works created with free and sparse lines. 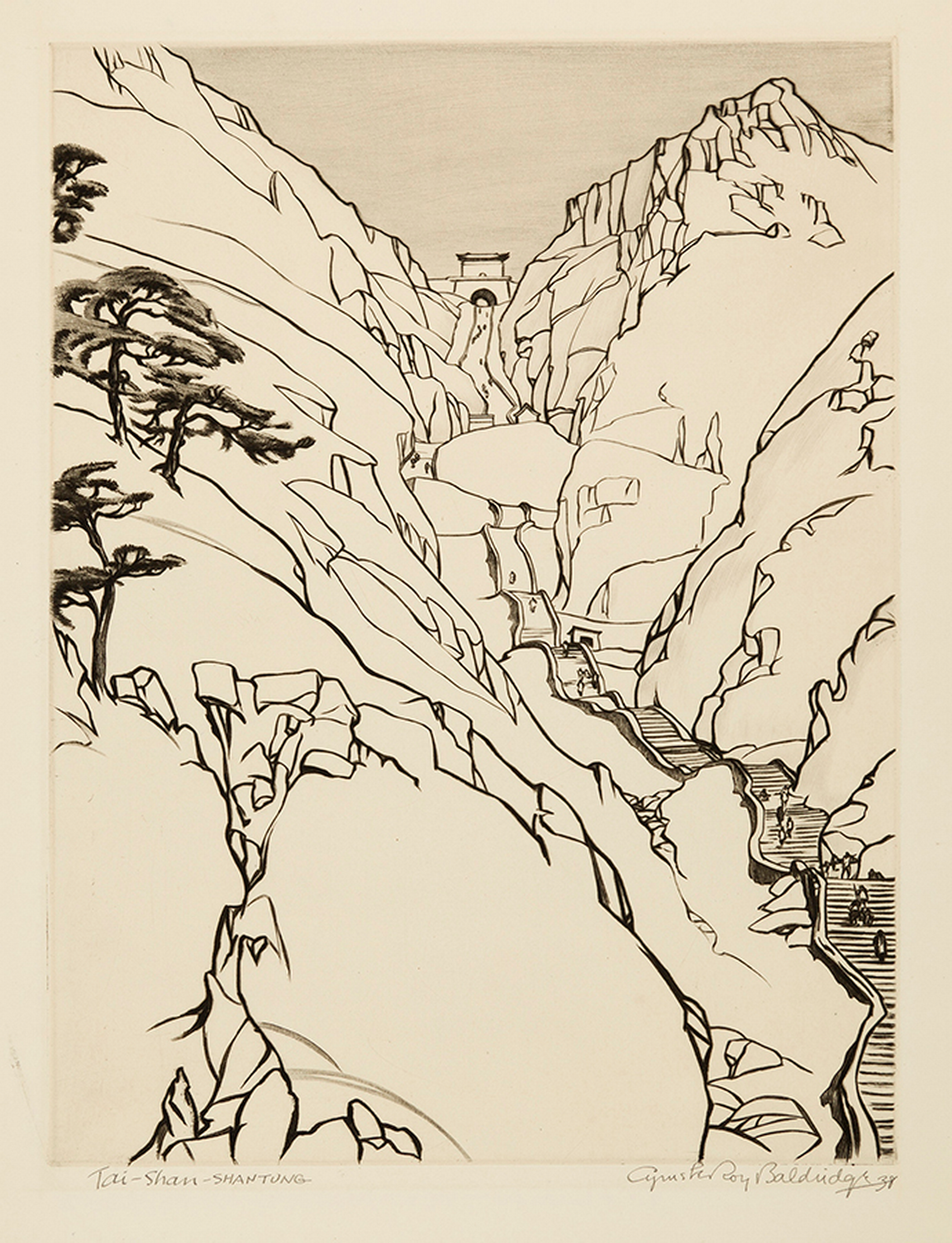