POWELL, Wyoming — Big Horn Basin residents can peek into the past during a display of tipi art in Northwest College’s SinClair Gallery.

“Blackfeet Indian Tipis: Design and Legend” hangs in the gallery from Wednesday, Jan. 20, through Friday, Feb. 26. It showcases a selection of 14 silkscreened prints depicting tipi artwork observed at encampments of the Blackfeet in Montana and on the Blood Reserve in Canada, during Sun Dance ceremonies in the mid-1940s.

The serigraphs were created by Jessie Wilber (1912-89), a Montana artist who got her start in cubism but is most widely known for her modern interpretations of the Western landscape. She became a highly productive artist later in life, particularly as a printmaker. Her travels in America and Africa produced hundreds of sketches that often evolved into prints.

She became part of the Blackfeet Indian Tipis: Design and Legend Project in 1944 and traveled to Little Badger and Browning encampments in Montana and to Blood encampments near Cardston, Alberta, to observe and record tipi art.

Grouped in a large circle, with their doorways facing the east and the rising sun, and their backs made steeper to brace the structures against the prevailing west winds, the tipis made an impressive sight on the low sweeping hills of northwestern Montana and southern Alberta, with the Northern Rockies rising in the distance.

Every effort was made to represent the tipis accurately and to record the names of the owners as authentically as possible.

The painted tipi was an important traditional art form among most American Indian Plains tribes. With the destruction of the great buffalo herds in the latter part of the 19th century and the change from buffalo-hide tipis to canvas tipis, the tradition died out except among the Blackfeet.

The “Blackfeet Indian Tipis: Design and Legend” collection was made available to the SinClair Gallery through the University of Wyoming Art Museum’s Regional Touring Exhibition.

Located in the Orendorff Building, the gallery is open from 8 a.m.-5 p.m. weekdays. Admission is free. 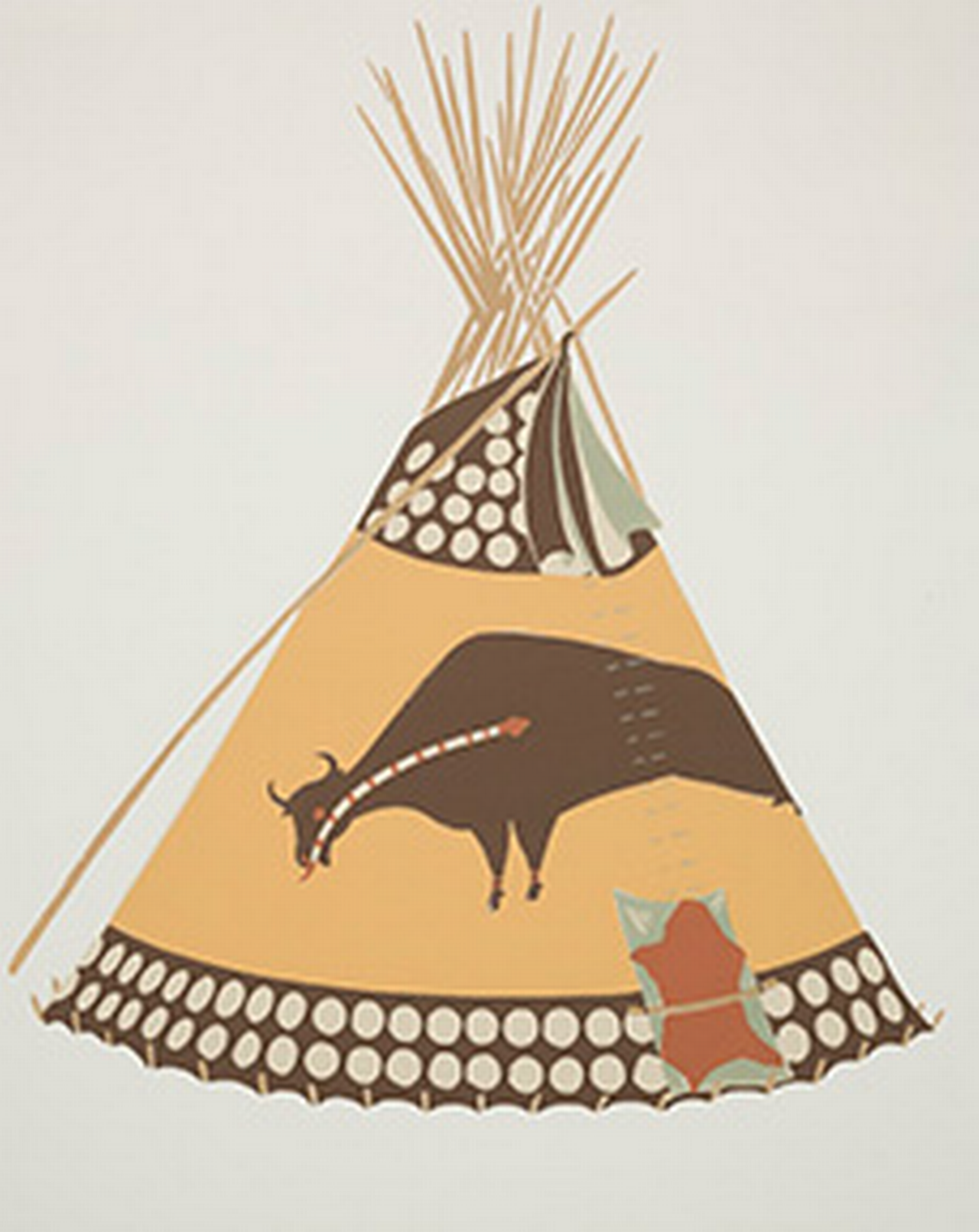