Boom and bust comes to Powell with "Paint Your Wagon," April 13 and 14

POWELL, Wyo. - Gold and love are found and lost, but not necessarily in that order, when the American classic “Paint Your Wagon” is staged Friday and Saturday, April 13 and 14, at the Nelson Performing Arts Center Auditorium at Northwest College.

Jan Kliewer directs, and Tim Schoessler conducts the orchestra. The acting and musical talent for the iconic production is provided by NWC students.

The well-known musical comedy made its first appearance on Broadway in 1951, but it’s probably the 1969 movie that most people are familiar with.

“The Broadway version was known for its outstanding Agnes De Mille choreography,” Kliewer said. “Ours — not so much. But what we lack in dancing, we more than make up for in great performances of musical numbers that have become a cherished part our American songbook.”

The “Paint Your Wagon,” movie starring Lee Marvin and Clint Eastwood, cemented songs like “They Call the Wind Maria” and “(I Was Born Under a) Wan’drin’ Star” into the American popular music vernacular.

Kliewer said the absence of dance numbers isn’t the only difference between the stage and movie versions. The stage story revolves around gold miner Ben Rumson and his daughter Jennifer, played at Northwest by Forrest Holso of Sundance and Kate Vincent of Laramie.

Jennifer’s love interest, Julio, is portrayed by Jess Preis of Emblem. Other major parts are handled by Michael Lechner of Freedom and Michael Conner of Greybull.

In one of the smaller roles, Tyler Schanck of Buffalo plays an Irishman who carries a lot of the scenes with his delightful brogue, according to Kliewer.

The story takes place in a mining camp during the California Gold Rush. When Jennifer discovers gold dust, her father Ben claims the land, and prospectors start flocking to the brand new town of Rumson. The town’s population swells, but all the residents except for Jennifer are men.

Things heat up when Ben sends Jennifer back east, and a Mormon man with two wives shows up. The resulting complications of love that get hog-tied to a classic boom-and-bust tale give lots of fodder for old-time humor and memorable music.

“When you hear the way matters of race and other social issues are bantered around by the characters,” Kliewer said, “you realize this is a performance written decades ago. The political correctness we’re accustomed to in today’s culture is noticeably absent, but it’s all handled in a light-hearted way, so everybody goes home happy. It’s something the whole family can enjoy.”

General admission is $7; children and NWC students pay $2. Questions about the production can be directed to Krystal Shaffer at 307-754-6425. 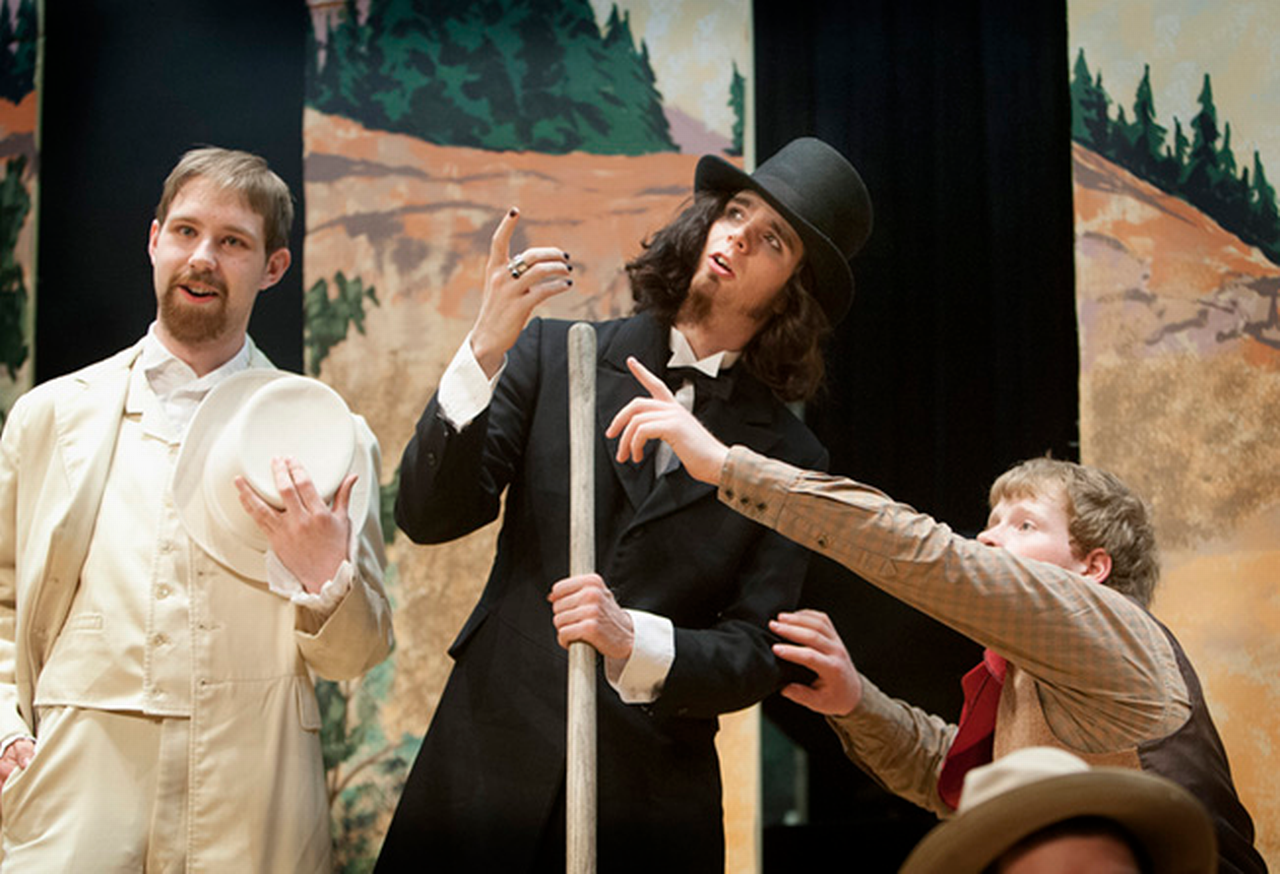 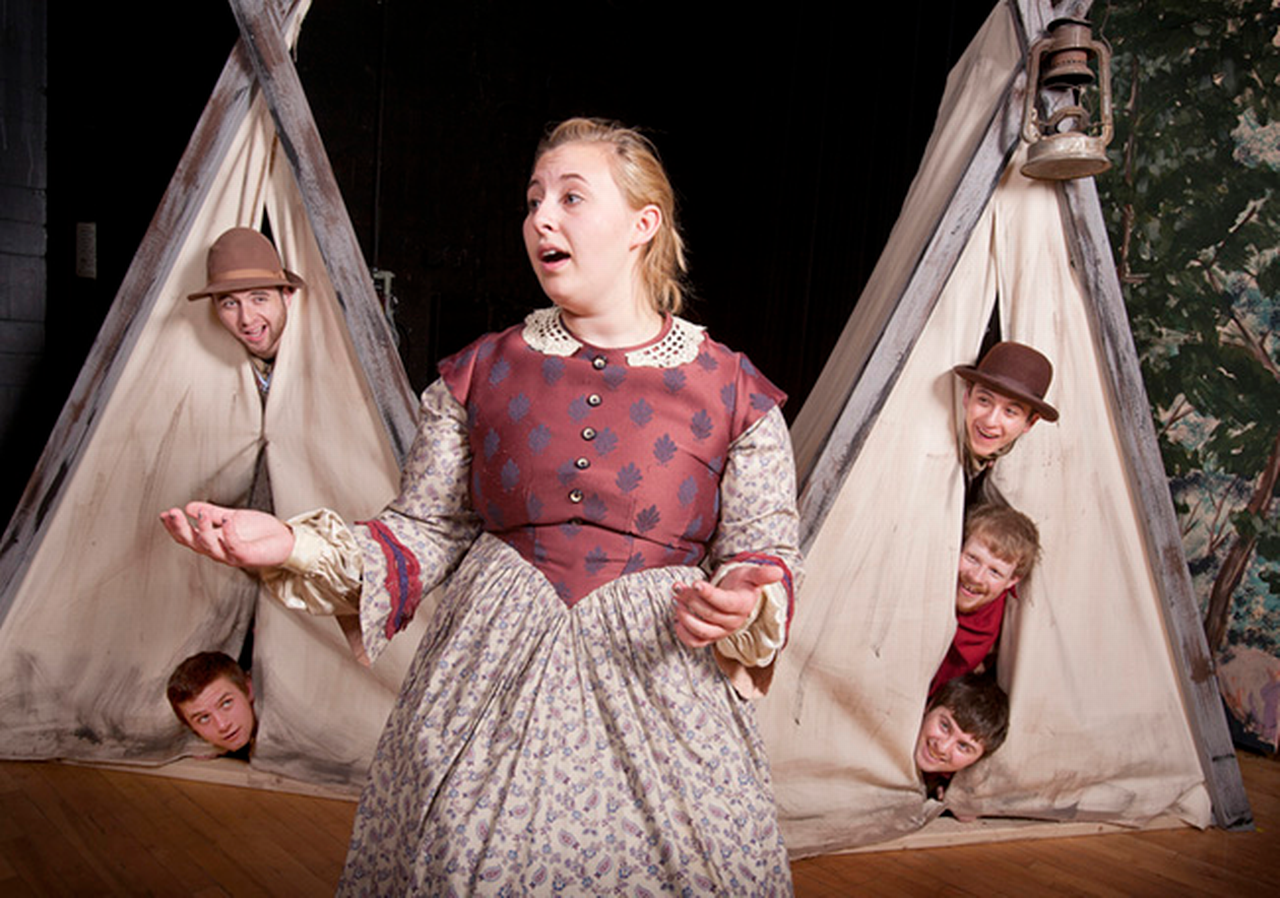 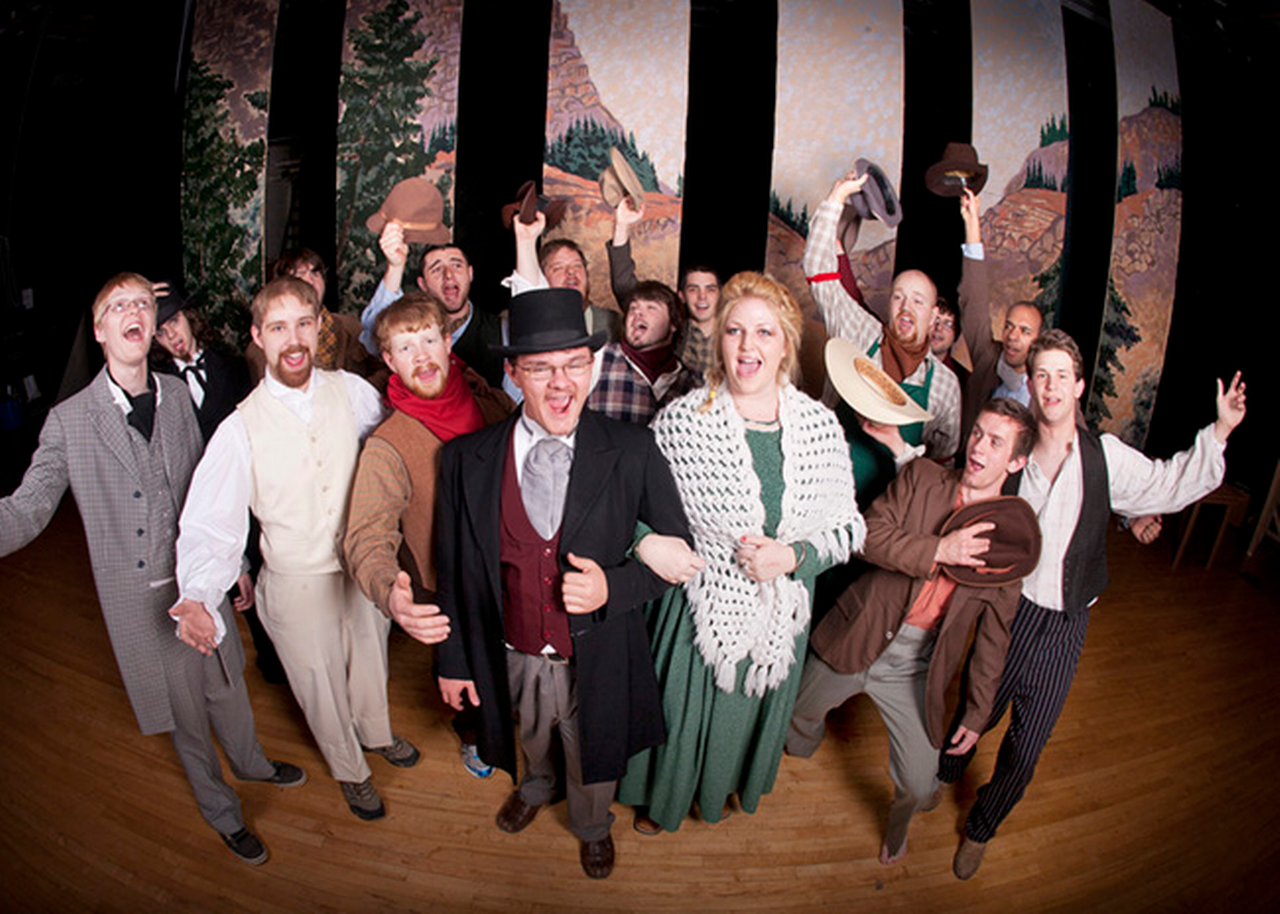