POWELL, Wyoming — The infamous leg lamp, Red Ryder BB gun and unforgettable tongue-stuck-on-the-flagpole scenes from “A Christmas Story” come to the stage, Friday and Saturday, Dec. 12 and 13, in the Nelson Performing Arts Center at Northwest College.

The curtain rises at 7 p.m. each night for the stage play adaptation by Philip Grecian of the beloved 1984 movie classic.

A community of Big Horn Basin actors, age 8 to 60, will bring home the lines that have delighted television viewers for years on Christmas Eve: “You’ll shoot your eye out, kid;” “Drink your Ovaltine;” and “Fra-GEE-leh! (mispronunciation of fragile) It must be Italian!”

All the classic scenes are there, too: the old man’s battle with the furnace, the little brother who “had not eaten voluntarily in over three years,” the disappointing message on the secret decoder ring and the long wait in line to ask Santa for a Red Ryder.

“We have a lot of kids acting in this one,” director Fred Ebert said. “And some of them are corkers. If the rehearsals are any indication, there’s going to be some unplanned entertainment added to the storyline.”

Ebert said the entire cast gets a kick out of hearing Terry Durham, 9, who plays Ralphie, the central character, when he corrects fellow actor Duane Fish, a long-time veteran of the stage and Northwest College division chair. “Terry is always telling Duane he missed his line or saying ‘No, you don’t say it that way.’ It’s priceless.”

The story, set in the early 1940s, revolves around 9-year-old Ralphie’s quest to get a Red Ryder BB gun for Christmas. In addition to convincing his father (Duane Fish), mother (Brynne Hunt), Santa Claus (Troy Hunt) and teacher (Keradwen McDowell) he won’t shoot his eye out, little Ralphie also finesses the awkward moments of a holiday meal in a Chinese restaurant, his father’s infamous battle with the house furnace and his friend Flick’s encounter with a frozen flagpole.

“A Christmas Story” is a Wild West Players production.

Tickets are available at the door. General admission is $10; students and seniors pay $8. Children under 12 are admitted free. 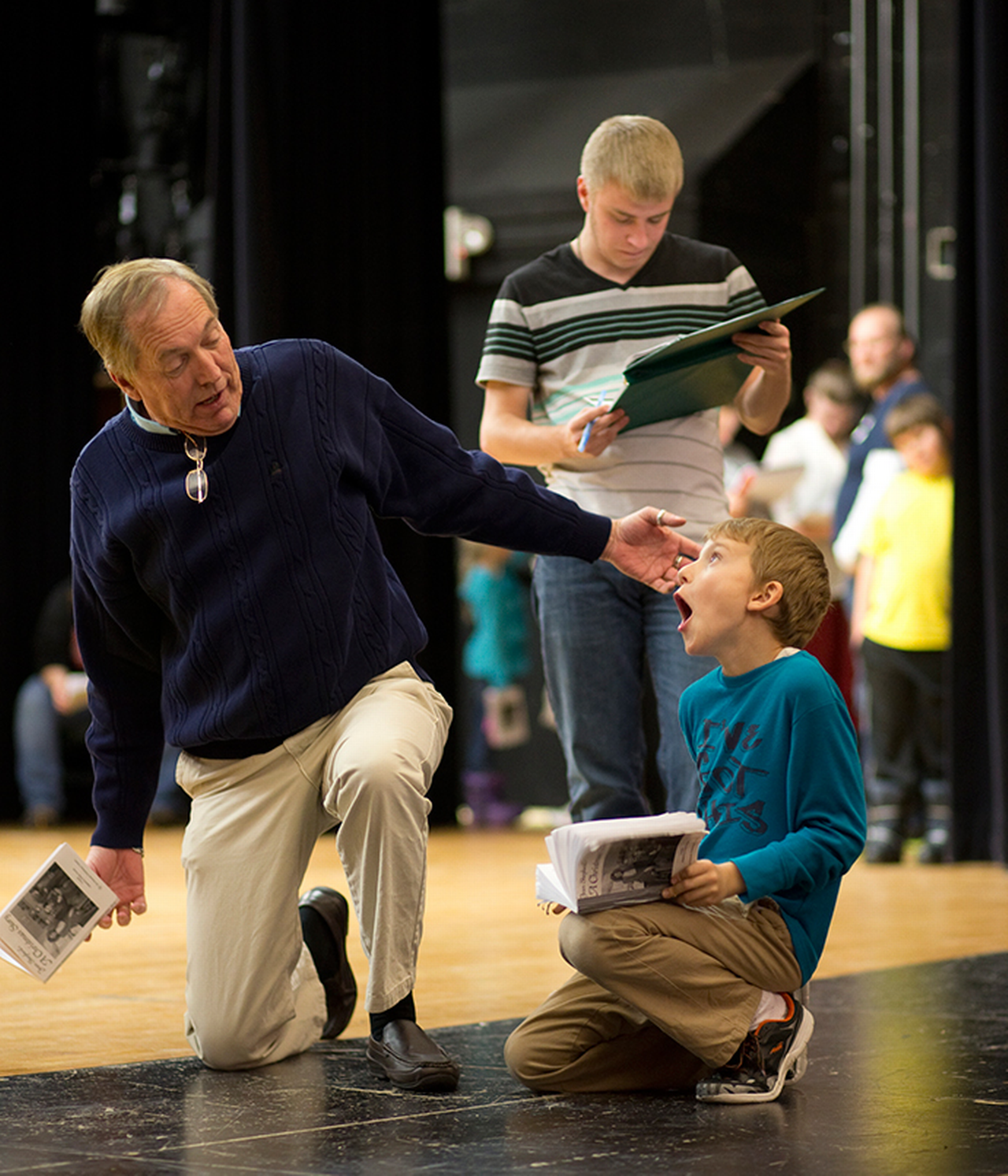