Little Shop of Horrors musical staged Friday and Saturday, May 9 and 10

POWELL, Wyo. — The sounds of early 1960s rock ’n’ roll, doo-wop, Motown and gospel merge into toe-tapping delights when the dark comedy “Little Shop of Horrors” is staged Friday and Saturday, May 9 and 10, at the Nelson Performing Arts Center Auditorium.

The curtain rises at 7:30 p.m. each evening for the famous Broadway musical, which was based on the 1960s low-budget film “The Little Shop of Horrors,” featuring a cameo appearance by a very young Jack Nicholson.

The Northwest College production is directed by Jan Kliewer, an assistant professor of music, who is quick to point out the NWC performance does not follow the movie script, but stays true to the more famous Broadway musical about a hapless florist shop worker who raises a plant that feeds on humans.

“This is the first musical theatre production I’ve directed that is out of my musical comfort zone,” Kliewer said. An operatic baritone by training, he admits, “this is not a style I’ve sung a lot myself. While I don’t have much experience with doo-wop and pop, I recognize they are incredibly important styles in the American mainstream repertoire, and increasingly so in the Broadway canon. They’ve earned their place onstage.”

Kliewer said his students loved the show’s tunes immediately. “Learning to understand the music is a big part of the educational process; usually we have to work on appreciating the music before the students can learn to like it. Not this time. The songs themselves might not be familiar, but just about everybody can relate to the rhythm and style of the flamboyant gospel and doo-wop sounds.”

The humorous, but dark, storyline follows the plight of Seymour Krelborn, an orphan played by Matt Dillon of Greybull, who works in a Skid Row flower shop with Audrey, played by Josalyn Hruska of Pownal, Vermont. The shop is owned by a cranky Mr. Mushnik (Joe Tritchler of Powell).

When Seymour brings in a strange plant that appeared during an eclipse, life in the little shop changes. Audrey’s sadistic boyfriend, Orin (Josiah Hogan of Powell), is the first to have a too-close encounter with the new arrival.

The mysterious plant grows large enough to be fully animated by Erin Worley of Powell and is given its own voice by Troy Hunt, an NWC instructor of film and television. True to ’60s musical trends, the storyline is narrated by three street urchins — Chiffon, Crystal and Ronette (Brittney Cheatham of Greybull, Megan Hansen of Afton and Rachel Shreve of Basin).

The audience can expect plenty of laughs, Kliewer said, but also an unsettling peek into mainstream American culture as it existed a half century ago.

“One part of this production makes me uncomfortable,” he said. There are a lot of laughs, but some of the comedy is made at the expense of violence against women. I don’t condone the behaviors made light of, but I can’t change the show. It’s an artistic no-no. As a piece of art, this show reflects a certain unsavory aspect of earlier American society. Even though we may laugh at the innocence of the dialogue, we can’t escape the realization that verbal and physical abuse was not given the same gravity then as it is now.”

Admission to “Little Shop of Horrors” is $7. Tickets are sold at the door. 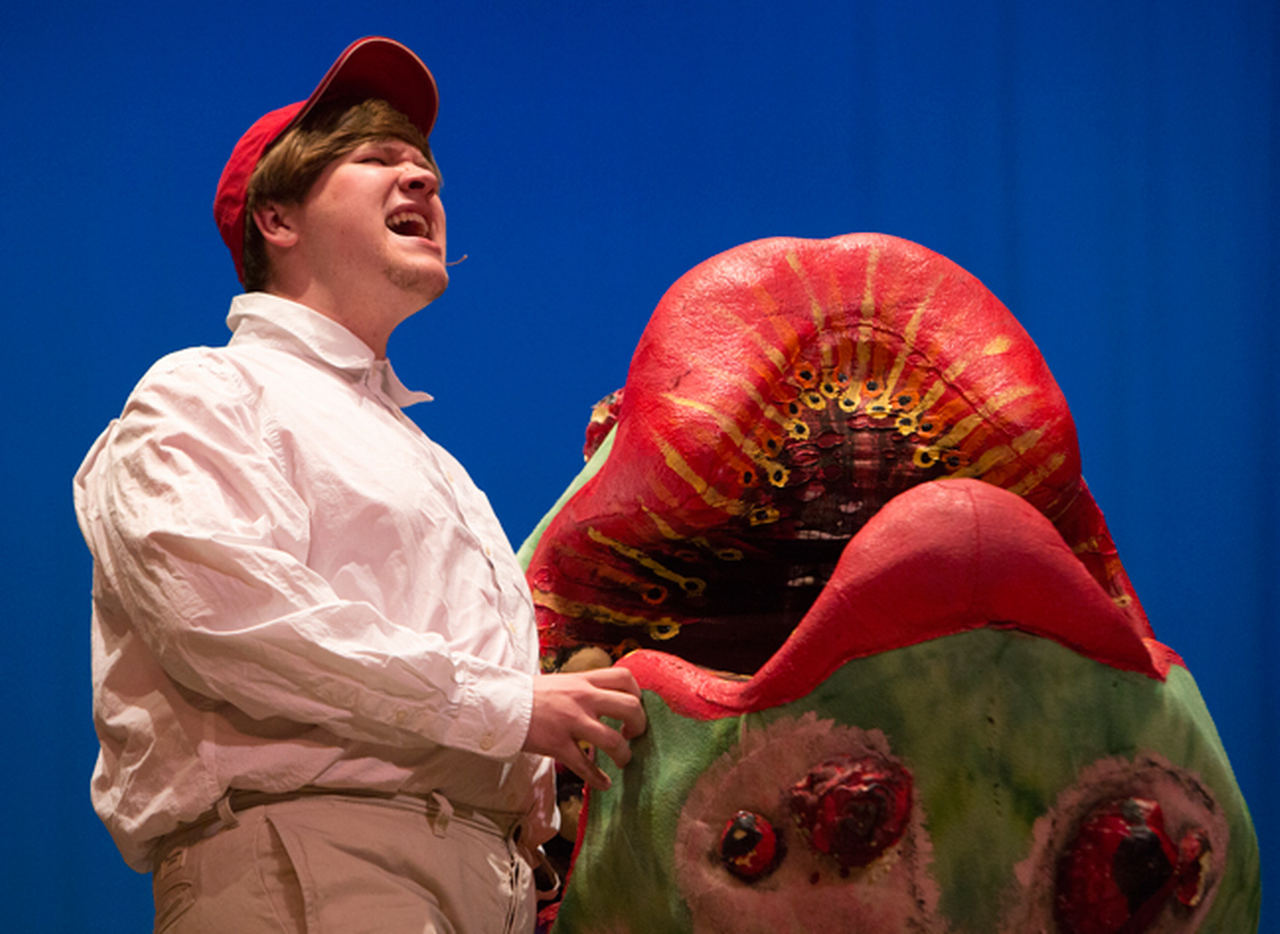 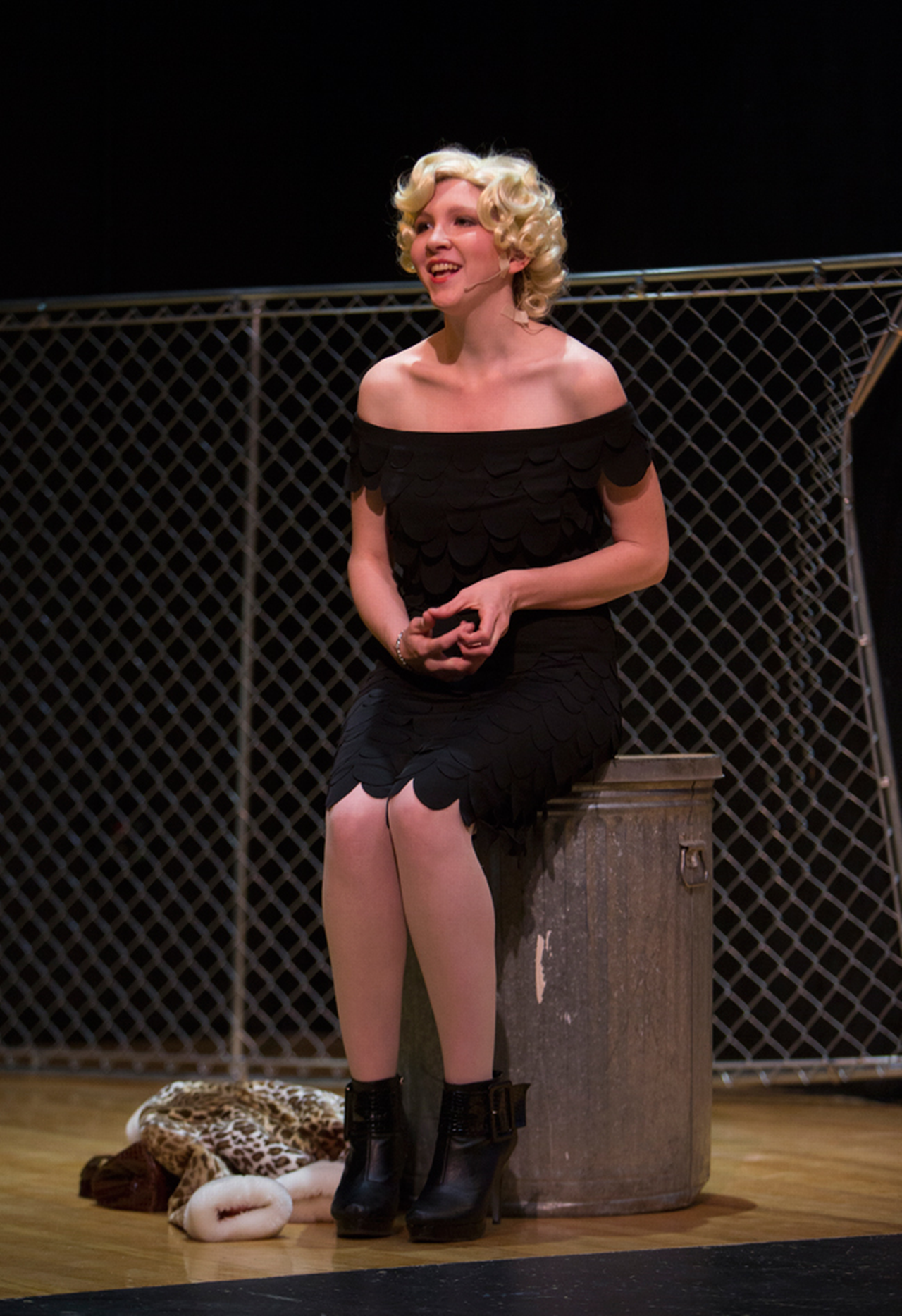 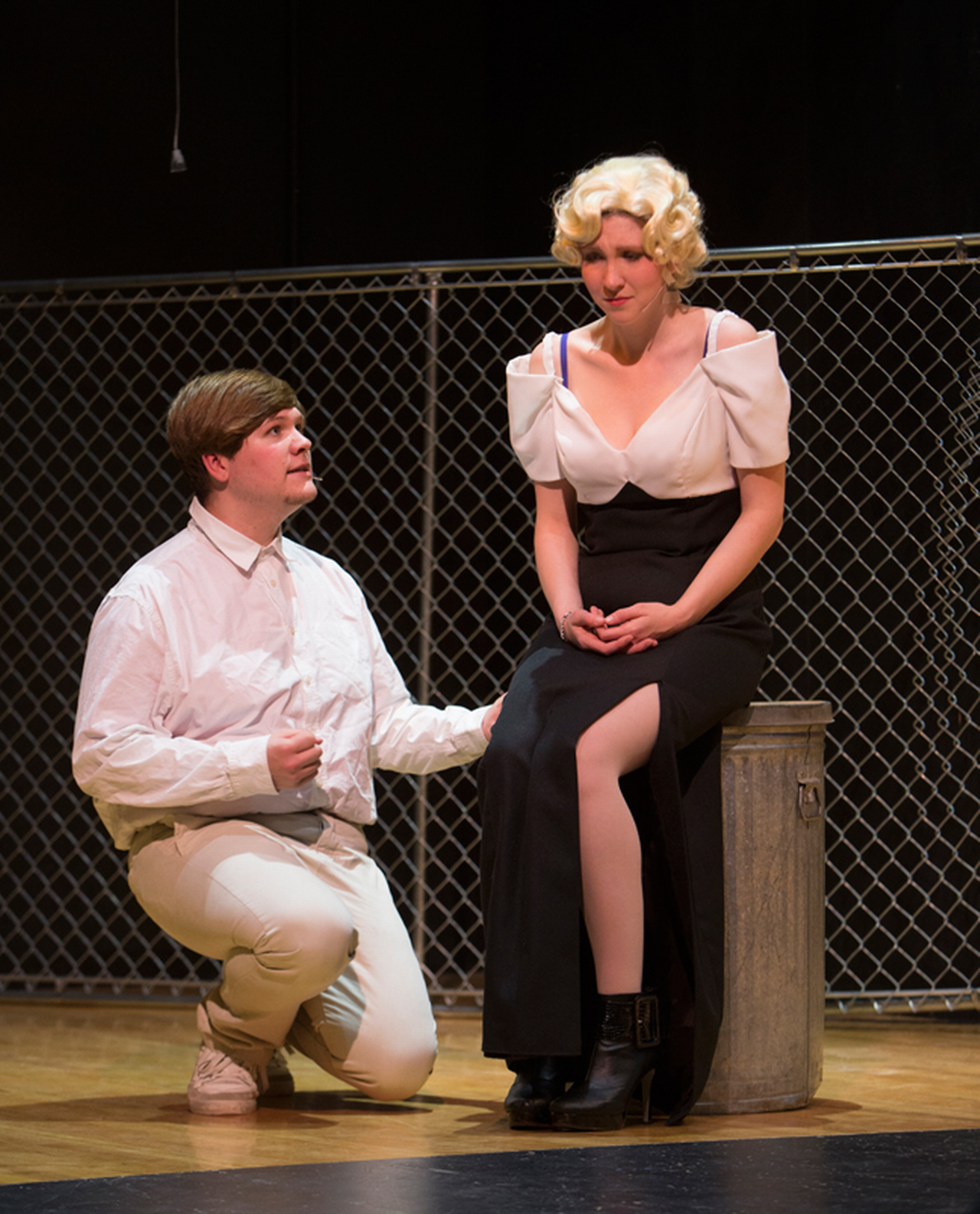 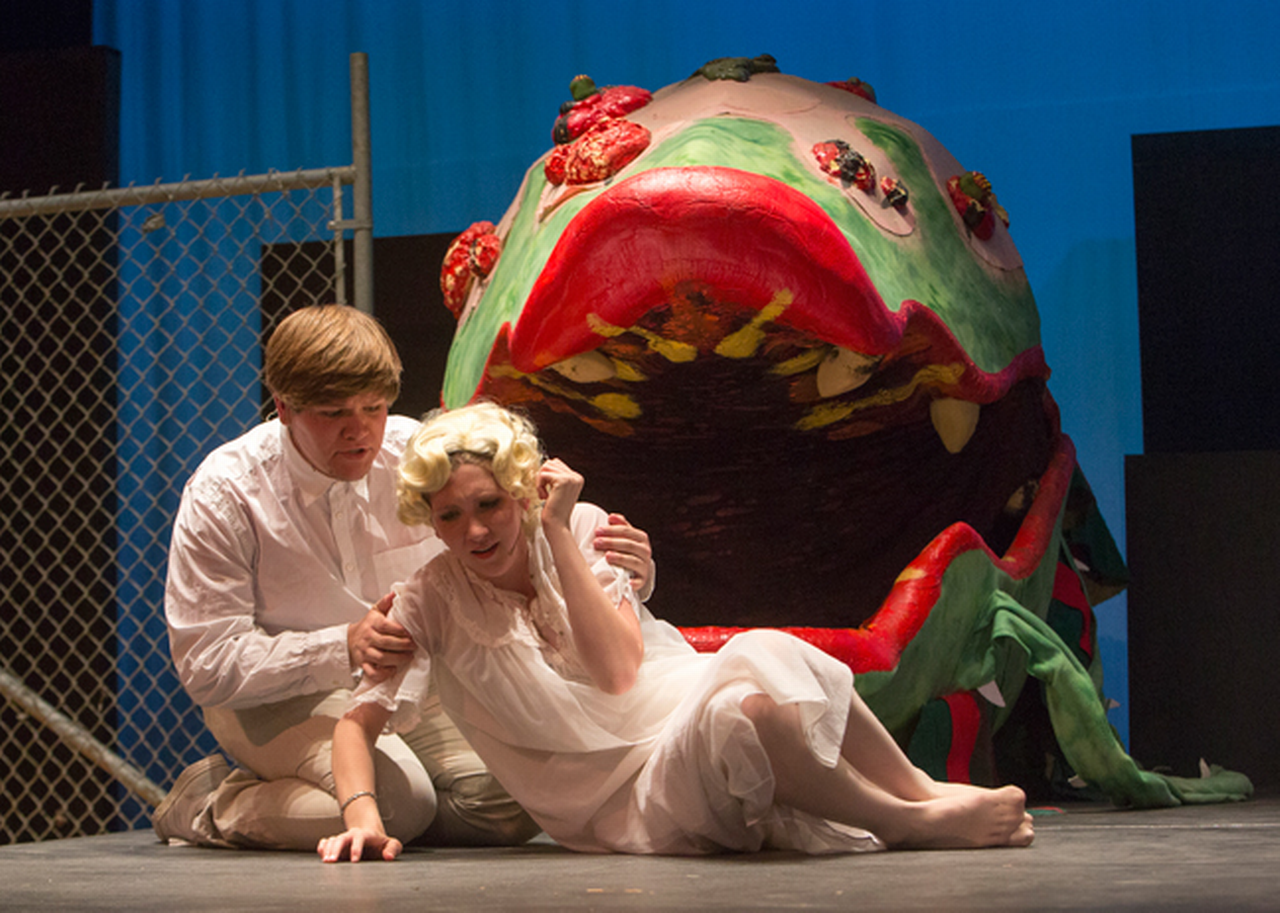 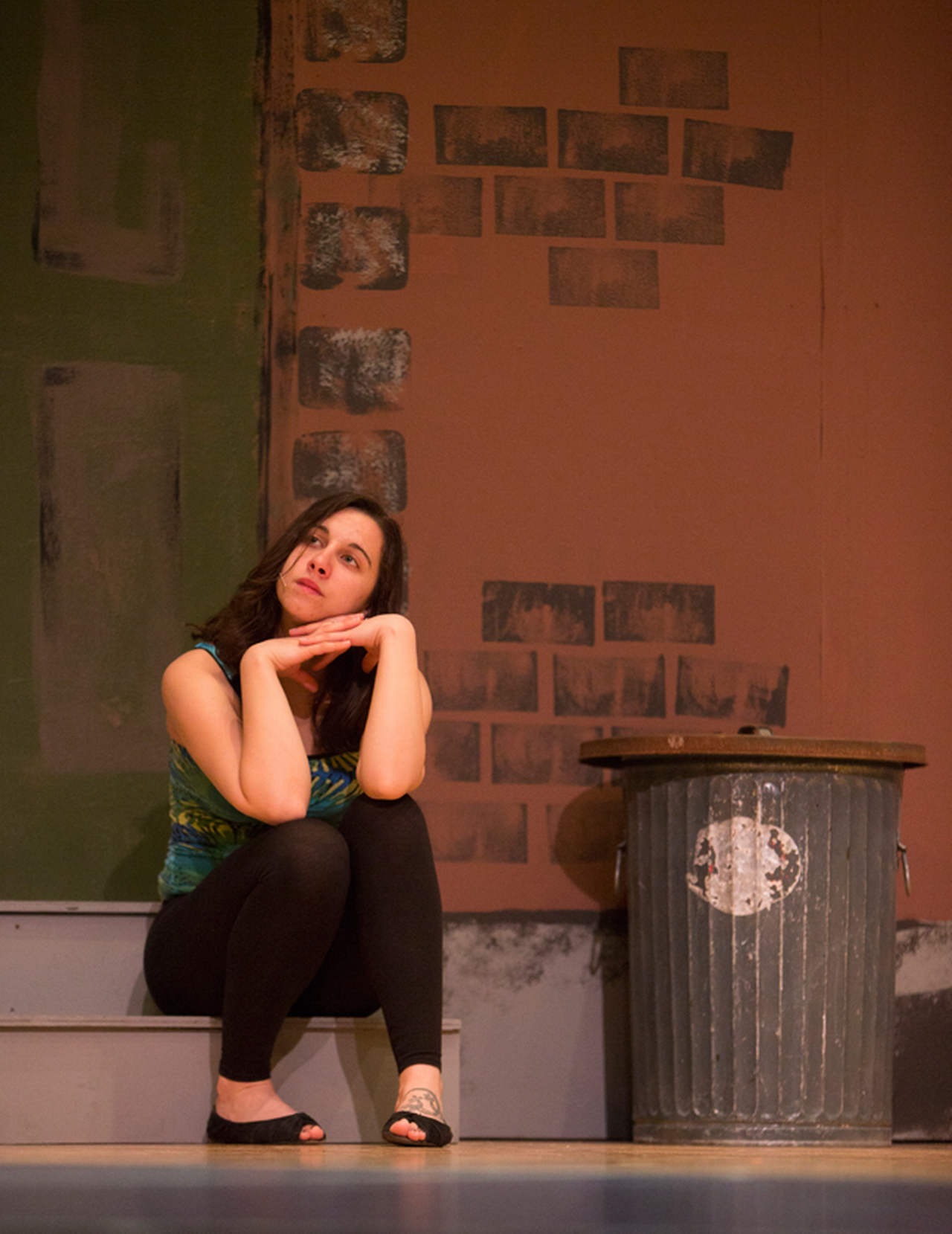