POWELL, Wyo. - Ask Lovell native Nicole (Emmett) James how college is going these days, and she’ll give you a thumbs up — especially after she gets a firm grasp on the five $100 bills she won today at Northwest College.

Since early September, James and her husband, Russell, have been searching alongside other NWC students and staff for a hidden relic in a college-sponsored contest called the Trapper Trace — 2012 Race for the Relic.

A new hint was posted each week on the college’s Facebook page that directed participants to an event or place where they could find a clue to the relic’s location.

The contest was designed to build attendance at NWC activities as well as increase exposure to the college’s Facebook page.

James, a 2011 Lovell High School graduate, found the relic (a rock engraved with the Trapper head) near the tennis court to claim the prize money. She’s not sure yet what she’ll do with the $500, but she’s thinking about Christmas presents a little earlier this year.

James is the daughter of Alvin and Elaine Emmett of Lovell. 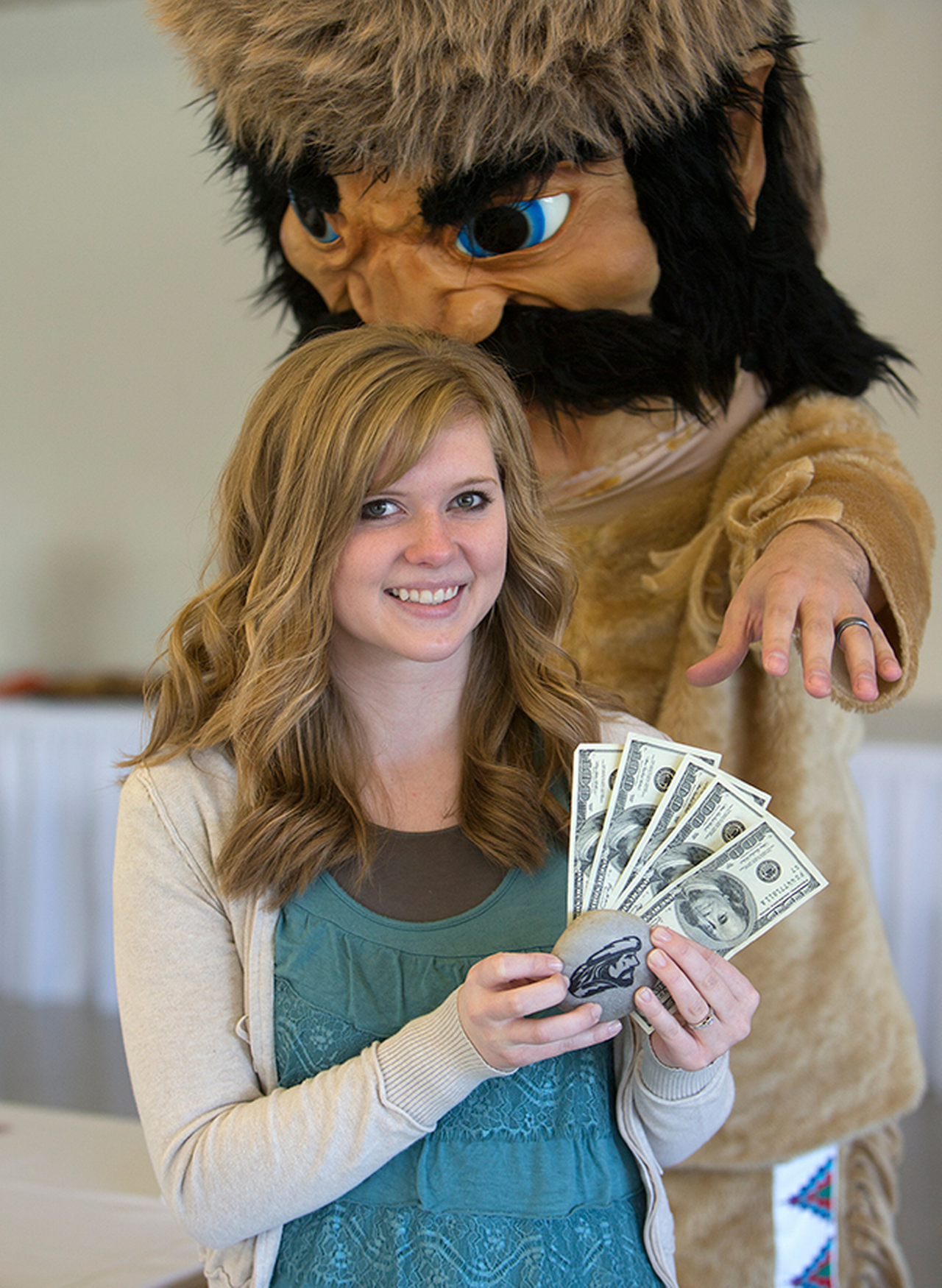