POWELL, Wyo. – Nearly 200 students who participate in Northwest College’s Commencement Exercises Saturday, May 14, will hear from a graduating student, a faculty member and an alumnus who came to NWC from a port city in West Africa to begin his journey into medicine.

NWC’s 2011 Distinguished Alumnus has defined his character by listening to life’s teachers wherever he found them – whether it was a doctor in the classroom at medical school or a custodian he worked for as a student at Northwest.

Inkumsah was born in Tema, Ghana. After completing his secondary education, he traveled to America in 1997, already confident he would become a medical doctor who would live and work in the country that would teach him his livelihood.

At Northwest, he focused on pre-medicine in the classroom and on the people he met out of the classroom. The individuals on campus and in the larger community in this very foreign land impressed him so much he’s made visits back to Powell several times since graduating.

He’s now a respected medical doctor in the Immanuel St. Joseph’s Mayo Clinic System in Minnesota, but he still remembers learning about credit cards and how to take pride in cleaning bathrooms from Carol Powers, an NWC custodian who, coincidentally, is retiring this year.

“I can go on and on in talking about NWC because there is so much about the college that I thank God for,” Inkumsah said. “People may never understand how much of a difference NWC has made in my life because they cannot understand the journey, but I will forever be grateful to the school and all the people I meet there who touched my heart and life.”

After Northwest, Inkumsah went to Weber State University in Utah to earn his bachelor’s degree and then to Ross University School of Medicine in Portsmouth, Dominica, for his medical degree.

Inkumsah and his wife, Crystal, have two young children and serve as youth mentors in the Spiritual Life Church in Brooklyn Center, Minn.

Laci Kennedy will receive her associate of arts degrees in political science and communication shortly after she speaks to the 2011 graduating class. She graduated as valedictorian from Broadwater High School in Townsend, Mont., in 2009. 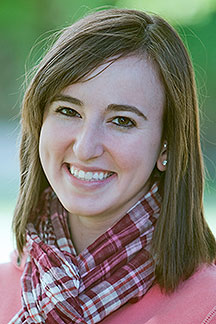 At Northwest, she was an award-winning competitor for the Forensics Team, serving as the team’s president and vice president. She was a member of the student senate and was selected as an NWC Trailblazer. As one of the two student representatives who worked on the college’s Trust Respect & Understanding Support Team, Kennedy worked with faculty and staff during the past year to create a more positive communication climate on campus.

Kennedy plans to transfer to Carroll College in Helena, Mont., where she will continue in forensics competition and political science studies. She is the daughter of Tami Kennedy and sister to another NWC alumna, Tiffani Kennedy, who was also chosen to speak to her graduating class two years ago.

Elise Kimble, a retired assistant professor of biological sciences, earned the honor of speaking to the graduating class when she was selected by her peers for the 2011 Distinguished Faculty Award. 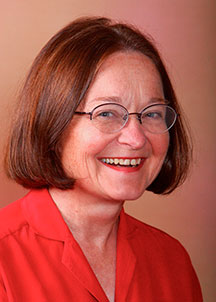 Kimble’s tenure at Northwest stretched from 1998 until her retirement at the end of last year. Beyond her traditional teaching role, Kimble’s work with a grant from the National Science Foundation gave NWC students opportunities to perform original research as freshmen and sophomores.

She showed equal devotion to her colleagues by presiding over the NWC Faculty Organization during her final year of teaching.