"I grew up working in farm fields," Luna said, "so I find clay to be like keeping my hands in the earth as I did as a child." His show, which also wears its title in Spanish ("Milagros, Gente y Monstros"), encompasses three themes he's been concentrating on for the past five years.

The first is from his "Border Monster" series. This progression of work has been in high demand across the nation since the Mexican-American border debate began heating up.

"The idea is the human figure wearing masks to hide identity," Luna said, "and the monsters we create.  This is based on one of my early series called 'Extranjeros' (Strangers). Who are the strangers amongst us in our neighborhoods and communities? Why are they and new immigrants always the target of hate?"

He began the second series in 2004 after receiving an invitation to create works for a show dealing with sense of place. He calls it "Gente Not Numbers" (People Not Numbers).

"I emphasize with this series that workers are not just numbers you can replace," Luna said. His goal: to show that the experience of interacting with the workers is proof of their humanity and value. He does that by featuring farm workers with false social security numbers on their chests.

"Milagro (Miracle) Masks," the third series, is taken from the Milagro tradition of placing votive offerings on altars and religious statues in thanks for answered prayers. "Some of my masks are traditional, and some I do based on modern issues such as the American diet," Luna said.

Luna's solo exhibits have been held mostly in the West, but his work has been shown across the United States in invitational exhibitions, with shows in Chicago, New York, Pittsburgh, and in states as disparate as Massachusetts, Georgia and Virginia.

His work, in addition to earning many awards, has been featured in numerous articles and a ceramics book.

"Miracles, People, and Monsters" is displayed at Northwest Gallery through Tuesday, Feb. 26. Admission is free. 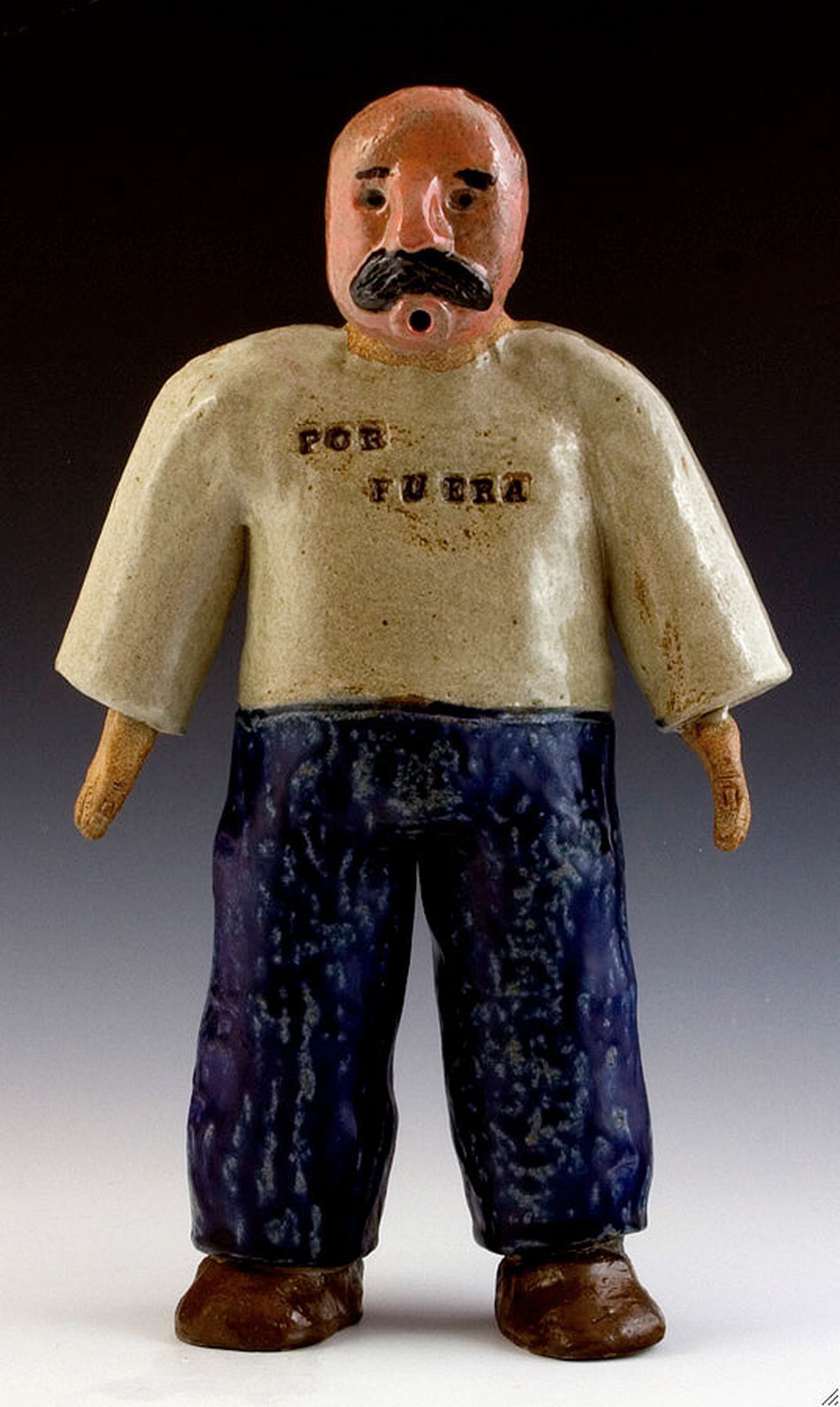