All campus buildings are now open to the public; select entrances only
Please wear a mask, try to keep 6 feet apart and do not come to campus if you are sick.
Get updates at NWC COVID-19.

The honors crown a 40-year career in music education. Thirty-seven of those years were in Wyoming, 31 at Northwest College. For the past several years, he’s served as director of bands at NWC and chair of the college’s Visual and Performing Arts Division. Hansen will retire in June.

His list of contributions to the musical arts in Wyoming and beyond reads as long as a book. A few of the highlights include his work as a board member on the Wyoming Arts Council and organizer of the Northwest Jazz Festival, which brings well-known jazz performers and hundreds of high school and college students to Powell each spring.

He also founded and directs the annual NWC Brass Festival and the Yellowstone Summer Music Camp and Jazz Camps. Each year he administers a solo and ensemble festival for northern Wyoming middle school students.

In demand as a clinician and adjudicator across the Rockies, Hansen has judged music festivals in a dozen states and conducted all-state jazz bands in Colorado and Montana. He has also served as a band clinician conducting honor bands throughout Wyoming and Montana.

Hansen is a founding member of the Yellowstone Jazz Festival and received the 2007 Wyoming Governor’s Arts Award. 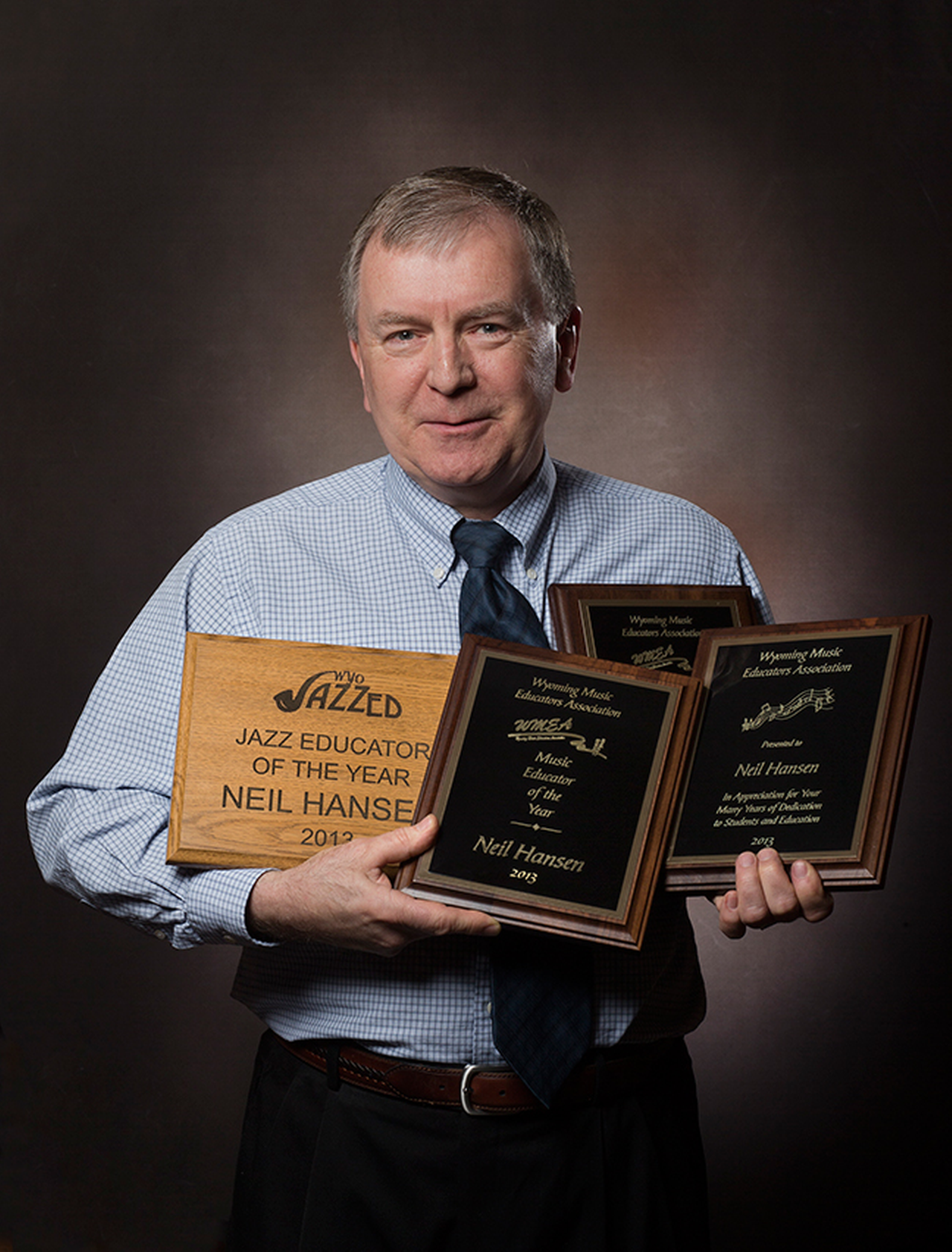