POWELL, Wyo. - The Northwest Civic Orchestra and pianists Ray Citak and Tim Schoessler will perform April 17 in Cody to raise money for the orchestra and for the Cody Community Concert Association’s piano fund.

The benefit concert begins at 6 p.m. in the Wynona Thompson Auditorium. Schoessler will wield the director’s baton.

The orchestra launches the evening with the last movement from the “Suite Algérienne” by Camille. The four-movement suite was inspired by Saint-Saëns’ visit to Algeria when the country was a French colony. The orchestra will perform “Marche Mililtaire Française,” which has become famous independently of the other movements.

The locale changes with “Down in the Valley,” a folk opera in one act by composer Kurt Weill. Initially composed and conceived for the radio in 1945, it highlights famous American tunes to carry the story, including “The Lonesome Dove and “Hop Up, My Ladies,” as well as the title song. Northwest College vocal students are featured in this 40-minute work.

After the intermission, Schoessler exchanges his baton for a seat at the piano, joining Laramie pianist Ray Citak for the “Rhapsody on a Theme of Paganini,” a concertante work of 24 variations composed in 1934. 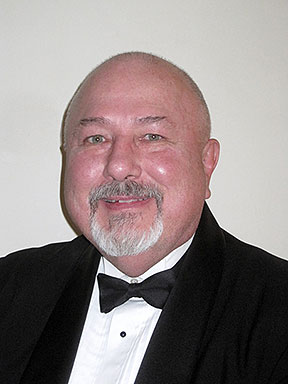 An admission donation of $20 per person is suggested. Tickets are available at the door and in advance at the Cody Newsstand, Cody Country Chamber of Commerce, Marquis Awards in Powell and at the Nelson Performing Arts Center on the Northwest College campus.

Additional donations to the Cody Community Concert Association’s piano fund and to Northwest Civic Orchestra will be accepted at the concert.