POWELL, Wyo. – The Northwest Civic Orchestra adds to the spirit of the holiday season and the day-long community celebration of Powell’s Country Christmas with a festival of traditional carols and music from the 2004 computer-animated fantasy film “The Polar Express.”

The concert begins at 7 p.m. Saturday, Dec. 6, in the Nelson Performing Arts Center Auditorium at Northwest College. Under the direction of “conductor” Maurine Akin, the orchestra takes its ticket-holding passengers on an imaginary Christmas Eve journey aboard the Polar Express.

Riders on the magical train will be treated to music and Christmas scenes as they gaze through the large windows of the train en route to the North Pole to meet Santa and his elves. According to the story, those who believe in the spirit of Christmas, whether children or adults, will be able to hear the bells of Santa’s sleigh. What word will be punched on your ticket at the end of the ride?

Included in the repertoire are holiday favorites like “The Carol of the Bells” and “Winter Wonderland.” The audience will also be invited to sing along as the orchestra performs an assortment of familiar carols.

The concert closes with a selection of music from “The Polar Express,” including the title song of the same name, “Hot Chocolate,” “When Christmas Comes to Town” and “Believe.”

The fun continues after the concert with real hot chocolate, candy canes and cookies in Room 29.

General admission to the concert is $7 for adults; senior citizens pay $5. NWC students and children 12 and under are admitted free. 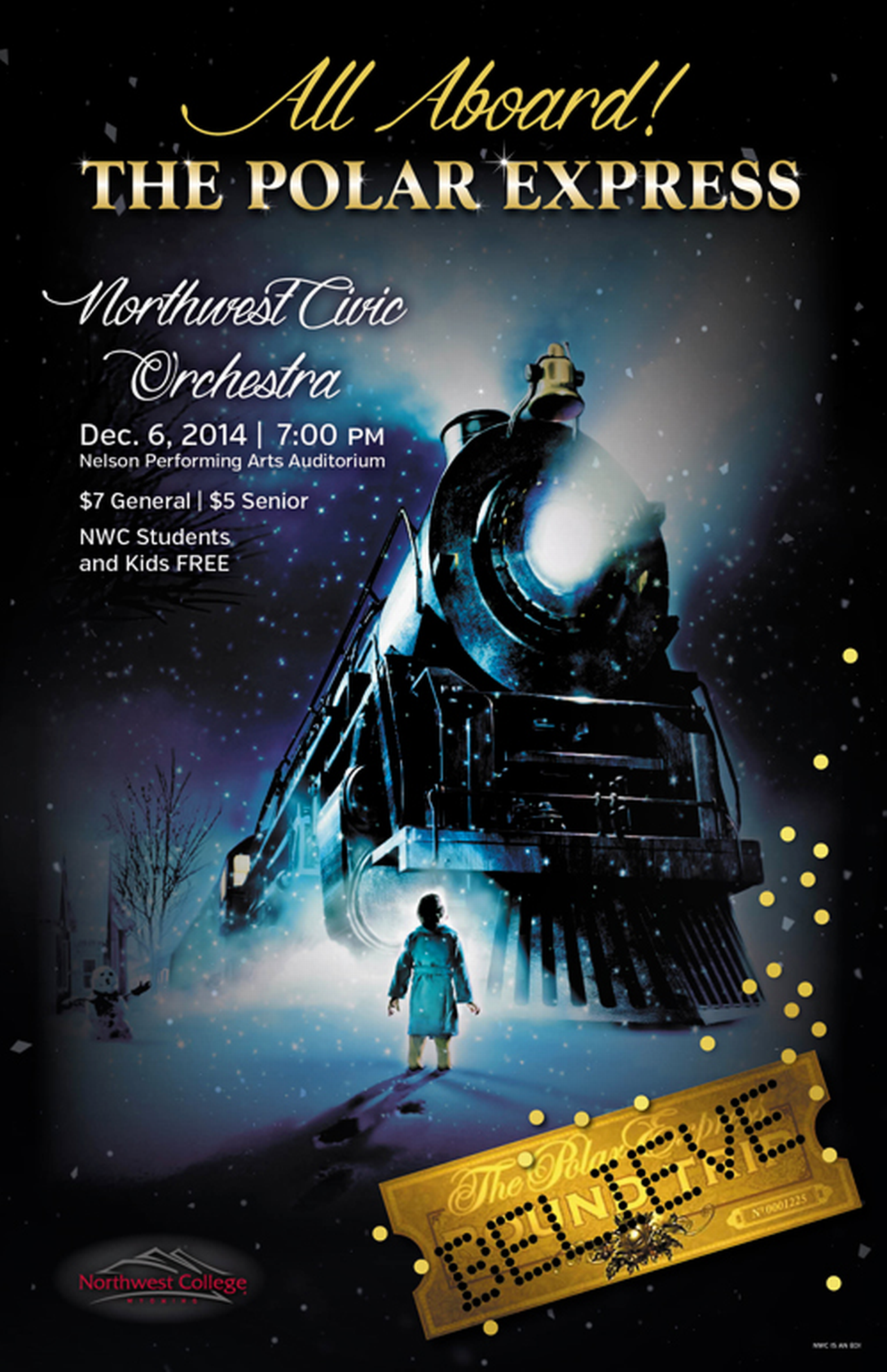