Soccer enthusiasts of all ages are invited to attend World Cup Night Wednesday, April 18, at 7 p.m. in the Yellowstone Building Conference Center on the Northwest College campus.

“We look forward to sharing the excitement of the world's most beloved soccer stage,” said NWC Men’s Soccer Coach Stan Rodrigues. “Whether you are new to soccer, a fan or an expert, we invite Northwest College students, faculty and our local community to join us!”

To kick off the evening, attendees will have the opportunity to learn about the upcoming 2018 FIFA World Cup from NWC’s Men’s Soccer team athletes.

Additionally, the event will feature past World Cup highlight videos, a mock bracket competition and food samples from around the globe.

International student athletes will also describe the role of soccer in their culture, as well as World Cup traditions and celebrations in countries such as Spain, Cameroon, Uruguay and many more.

In its 21st year, the 2018 FIFA World Cup is slated to take place this summer in Russia from June 14 through July 15. This will be the first World Cup held in Europe since the 2006 tournament in Germany.

This event is sponsored by the NWC Office of Intercultural Programs and Men’s Soccer team. Admission is free and open to the public. 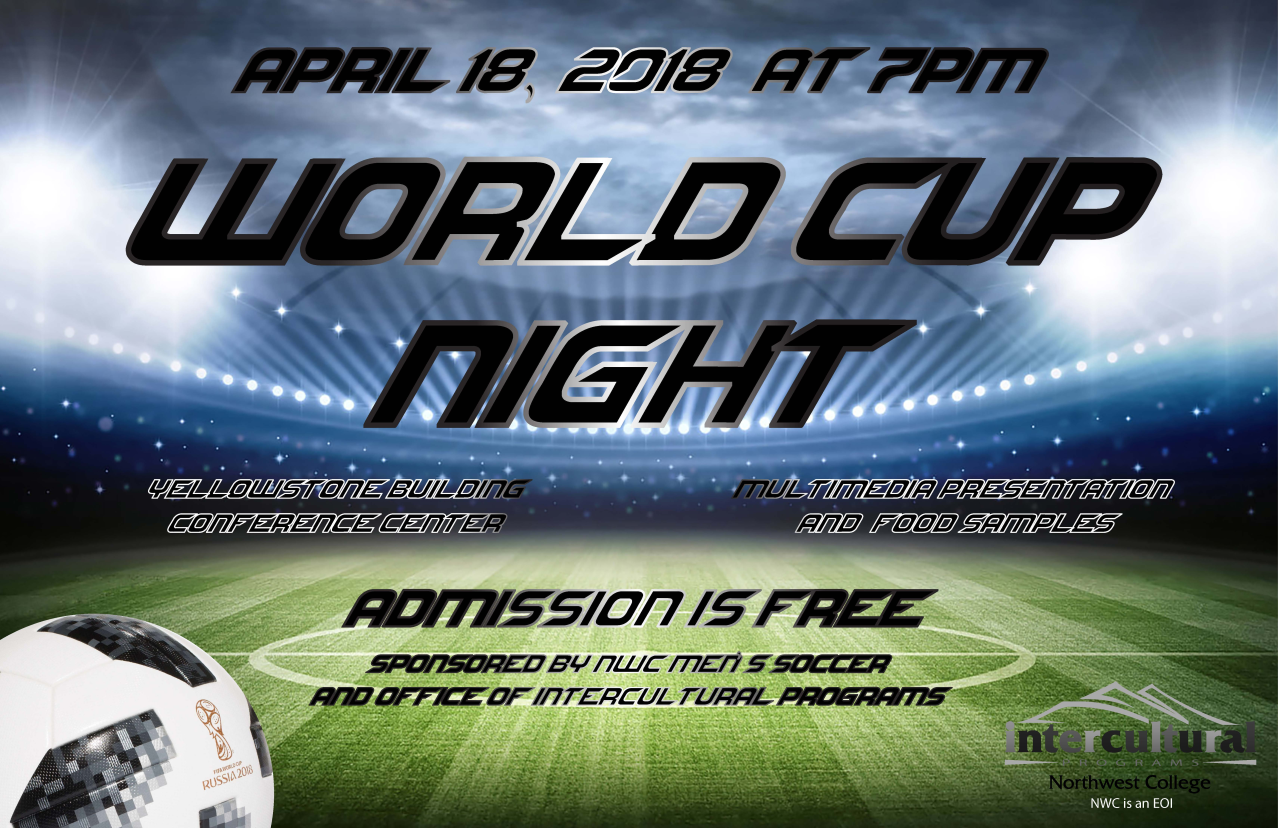