Northwest College Board of Trustees President Dusty Spomer was honored by the Wyoming Association of Community College Trustees (WACCT) with the Trustee Leadership Award at this year’s annual awards ceremony, which was held in Cheyenne, Thursday, Feb. 7.

“Dusty is deeply committed to civic involvement at both the local and state level,” said NWC President Stefani Hicswa. “In each case of his past and present public service involvement, he has always been a key leader in progressive change and advancement of the organizations.”

A Wyoming native, Spomer joined NWC’s Board in 2014. In addition to serving as the current president, he’s also active on the Powell Board of Cooperative Educational Services, Facilities Committee and Policy and Student Success Committee.

“Dusty’s leadership on NWC’s Board is invaluable, and I’m delighted in his receipt of this well-deserved award,” Hicswa said.

As a registered professional engineer, he began his career working in Omaha, Nebraska, and Greeley, Colorado. In 2002, Spomer joined Graham, Dietz and Associates, later known as GDA Engineers, in Cody and became president in 2005. Since then, he’s worked on civil engineering, surveying, GIS, planning and remote sensing projects throughout the region.

With the merger of GDA with T-O Engineers, he became the chief operating officer and is responsible for the company’s operations in their seven offices and 140 employees currently working in eight states.

Spomer currently lives in Powell with his wife, Betsy, and their two daughters, Elsie and Sydney. 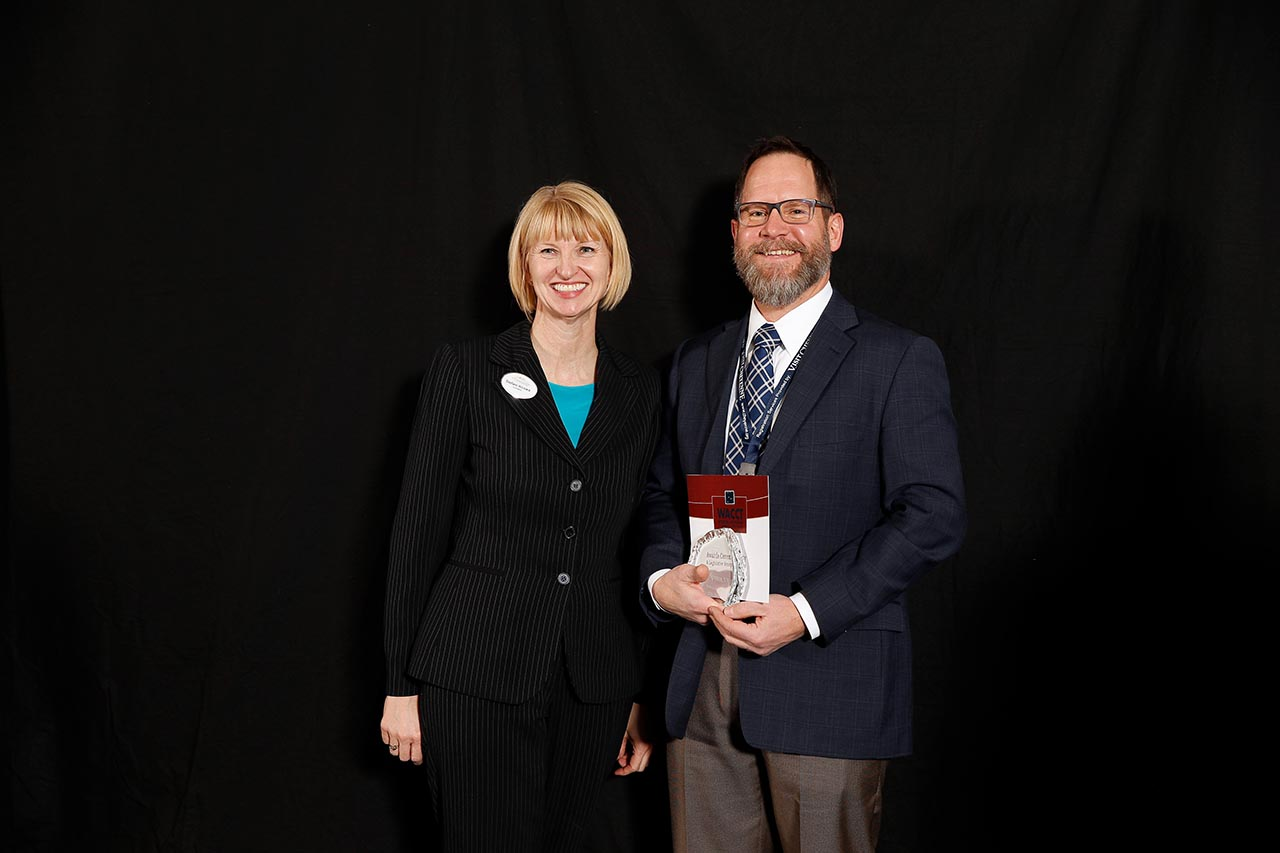