Brian Doyle, the recipient of the 2008 Award in Literature from the American Academy of Arts and Letters, will be the inaugural reader for the Wasden reading and the first author featured in the 2008-09 Northwest College Writers Series.

"We knew Brian Doyle was the perfect first author to celebrate the life of Winifred Wasden," said Rob Stothart and Renee Dechert, the NWC English faculty who launched the Writers Series. "He is funny. He is insightful. And he is profoundly moving."

Doyle is eager to return to Wyoming where he remembers his experience as "a happy man facing down a former trout."

Dechert said Doyle has written about everything from hummingbirds to camp counselors to crushing cars, to sharing thoughts about his family and faith. "He asks profound questions using the everyday," she added.

"His writing lives with you," Stothart said. "It has a way of coming back. Students have told me this." That's another reason Doyle was the perfect author to launch the Wasden series - his writing impacts students.

Wasden was an icon of Northwest's English Department for nearly 37 years before retiring in 2001. Among her many contributions to the college, she introduced classes in women's studies, folklore and the Bible as literature. 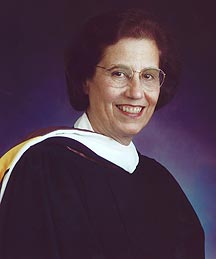 Doyle's personal writing has earned multiple awards as well. Of his nine books, four were finalists for the Oregon Book Award in creative nonfiction and poetry. A collection of his and his father's essays titled "Two Voices" won a national Christopher Award and a Catholic Press Association Book Award. "Credo," a collection of essays Doyle wrote about "believing in many things," was named by Joyce Carol Oates as one of the "notable books of the twentieth century."

His books tackle topics that range from the human heart in "The Wet Engine" to wine in "The Grail: A Year Ambling & Shambling Through an Oregon Vineyard in Pursuit of the Best Pinot Noir Wine in the Whole Wild World."  His "Spirited Men" is a collection of eleven long essays about literary and musical storytellers from William Blake to Robert Louis Stevenson to Van Morrison, and in "Saints Passionate and Peculiar," he offers a collection of  what he calls "brief excitable headlong essays" for teenagers about saints.

His essays and poems have appeared in the Atlantic Monthly, Harper's, American Scholar, Orion, Commonweal, and Georgia Review, among other magazines and journals, and in the Times of London, Sydney Morning Herald, Kansas City Star, San Francisco Chronicle, Ottawa Citizen and Newsday, among other newspapers. He is also a book reviewer for The Oregonian newspaper and a contributing essayist to both Eureka Street magazine and The Age newspaper in Melbourne, Australia.

Doyle's essays have been widely anthologized, seeing print in the 1998, '99, '03 and '05 "Best American Essays"; in four annual editions of "Best Spiritual Writing"; the 2003 "Best Essays Northwest"; as well as 10 other anthologies and writing textbooks.

Also in demand as a lecturer, Doyle has spoken to college and university audiences in Australia and across the United States. His diverse radio history includes appearances on National Public Radio's "Talk of the Nation" and in the PBS film "Faith and Doubt at Ground Zero."

A native of New York, Doyle was educated at the University of Notre Dame and has been a magazine and newspaper journalist for more than 20 years. He lives with his wife and three children near Portland.

A reception will be held immediately following his presentation where a selected collection of his books will be available for purchase and signing.