Renowned shape-note musician performs week of Sept. 22 during artist in residency at Northwest

POWELL, Wyoming — Tim Eriksen of “Cold Mountain” movie fame will be available to the public at three events the week of Sept. 22-26 as an artist in residence at Northwest College.

The public is invited to meet the acclaimed Sacred Harp revivalist perform during an hourlong convocation at noon Wednesday, Sept. 24, in Room 29 of the Nelson Performing Arts Center on campus.

Eriksen will share the stage with the NWC Choir in a final concert at 7:30 p.m. Friday, Sept. 26, in the Nelson Performing Arts Center Auditorium.

“We invite anyone and everyone who enjoys singing, whether they’re trained or not, to take part in this joyful, multipart vocal experience,” said Robert Rumbolz, an associate professor of music at NWC. “Tim is the vanguard of the new school Americana music movement, and he makes it just as infectious as the original movement was 200 years ago.”

Eriksen made a name for himself reinterpreting American musical traditions, in particular old ballads, love songs, shape-note gospel and dance tunes from New England and southern Appalachia. He brings an unexpected vocal presence to the stage, accompanying himself on banjo, fiddle and guitar.

His original compositions have been featured in films like the 2004 Billy Bob Thornton drama “Chrystal,” and the 2009 documentary “Behold the Earth” about the human relationship to nature.

Eriksen was called on to help with the movie because of his extensive research as an ethnomusicologist and teacher on shape-note music and Sacred Harp four-part harmony tradition. He is the founder of the world’s largest Sacred Harp Singing convention, located in Northampton, Massachusetts.

Eriksen has taught a variety of music classes at institutions like Dartmouth College, Amherst College and Wesleyan University. He’s held workshops and seminars across the world, from the Smithsonian Institution and Harvard University in America, to festivals in the Czech Republic.

His students have ranged from inner-city school kindergarteners, to celebrities like Nicole Kidman, Elvis Costello and Sting, to senior-citizen members of the legendary Young at Heart Chorus.

His performances have been featured on electronic media like National Public Radio’s “Prairie Home Companion,” the Academy Awards, MTV, and television and radio programs on three continents.

His musical explorations reach beyond America’s shores. He’s performed in a Bosnian pop group and a South Indian classical symphony, as well as hardcore punk groups in Germany and Japan. The 2010 Grammy-nominated album “Across the Divide” featured Eriksen and Afro-Cuban world-jazz pianist Omar Sosa.

Admission is free to all three Eriksen performances in Powell. 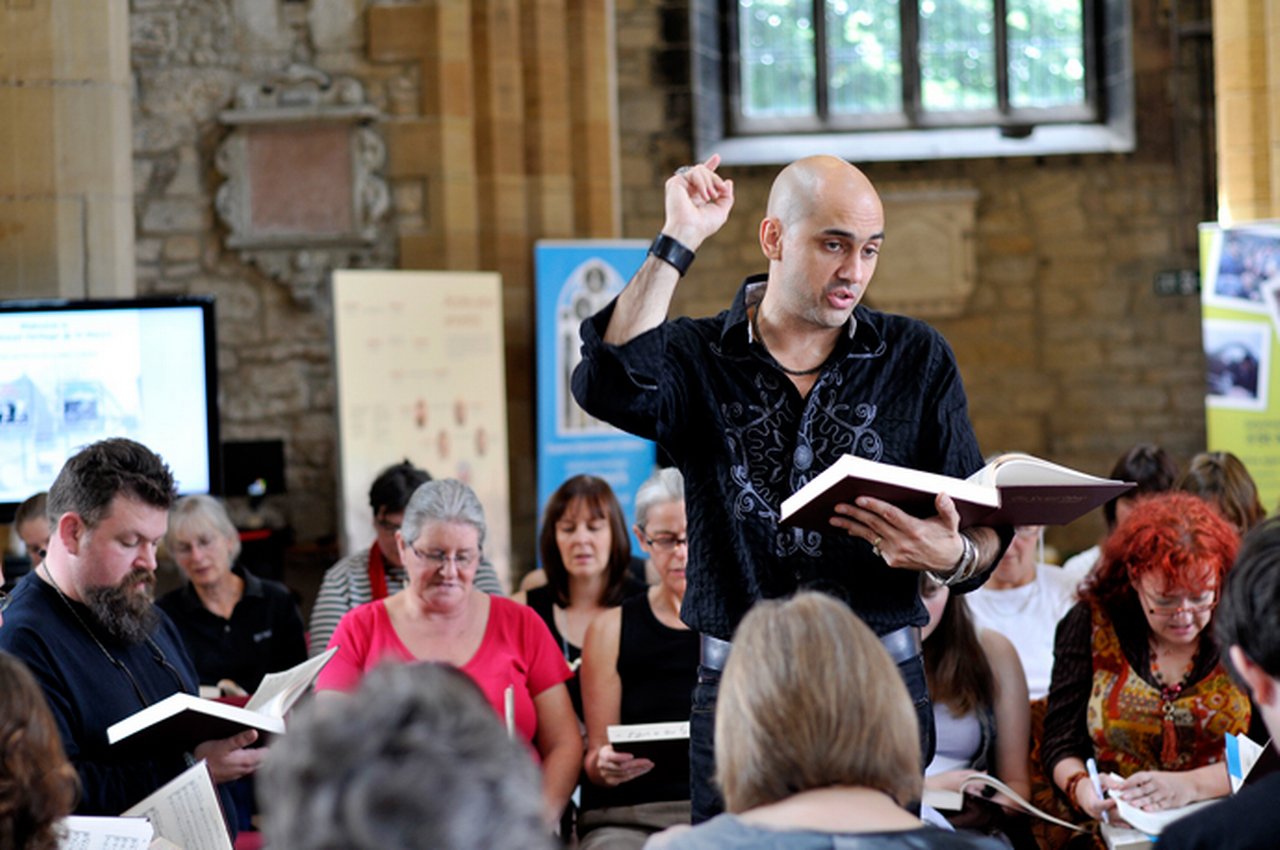