POWELL, Wyo. - Popular pianist Tim Schoessler adds a twist to his annual fall recital this year by bringing a second pianist to the stage Saturday, Oct. 23.

Schoessler, Northwest College instructor in music/piano, and Ray Citak of Laramie will perform together at 7:30 p.m. in the Nelson Performing Arts Center Auditorium at NWC.

Citak joins Schoessler for two works originally written for piano and orchestra. Citak is handling the orchestra reductions on the first movement of Robert Schumann’s “Piano Concerto in A minor,” regarded as one of the most popular concertos from the romantic period, and on Sergei Rachmaninoff’s “Rhapsody on a Theme of Paganini.” The latter work is a set of variations based on a well-known theme from one of Paganini’s solo violin caprices.

Schoessler sits in the solo spotlight for three works. They are the short “Prelude in C” by Sergei Prokofiev, an unusually accessible and tonal piece for this composer; the “Fantasie-Impromptu in C# Minor” by Frederic Chopin, with its fast, aggressive outer sections bookending a lyrical center; and Franz Liszt’s “Hungarian Rhapsody No. 2,” one of the composer’s most famous showpieces.

Works by Schumann and Chopin are included in the program to mark the 200th birthday of both composers, Schoessler said. 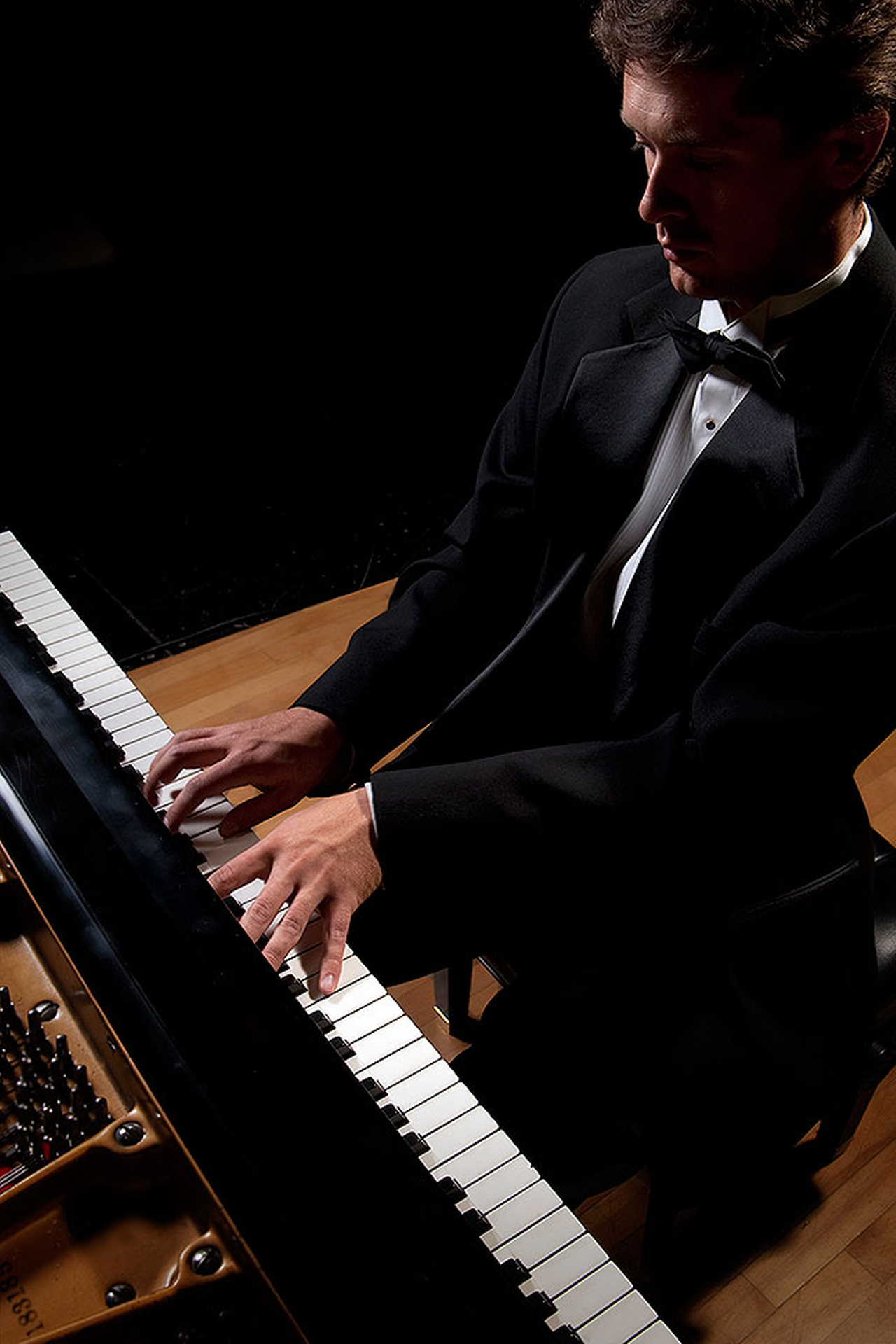