POWELL, Wyoming — Beginning in September, Park County residents will have an opportunity to gaze at works of art that have been admired in Egypt, Paris, London and beyond.

“The Bridge” exhibit brings to Powell a traveling collection by premier artists from 15 countries, and with it a slate of activities to help area residents explore the exhibit’s theme of developing a world that inherently respects and honors cultural and religious diversity, living and working together in harmony.

Showcasing work by 47 Arab, Jewish and Persian contemporary visual artists, “The Bridge” was put together by Caravan, an international peacebuilding non-governmental organization that focuses on building bridges through the arts between the creeds and cultures of the Middle East and West.

It opens in Northwest College’s SinClair Gallery Saturday, Sept. 10 with a 6 p.m. reception and program which includes remarks by former Sen. Al Simpson, Ann Simpson, two of the artists represented in the exhibit and the Caravan executive director.

In conjunction with the exhibit, free activities are scheduled throughout the month, including a book discussion, film series and concert. Two of the events happen in advance of the opening.

Marianne Kamp, an associate professor of history at the University of Wyoming, will lead two book discussions on the latest version of “No god but God: The Origins, Evolution, and Future of Islam” Thursday, Sept. 8. Written by Reza Aslan, this international bestseller was a Guardian First Book Award finalist. The book discussions are scheduled at 1 p.m. at the Cody Branch Library and 6:30 p.m. at the Powell Branch Library.

The updated version addresses events of the past decade, including the Internet and social media’s effect on Islam’s evolution, how the push for democracy in the Middle East has affected Islam in the region, how the war on terror has altered the geopolitical balance of power, and other issues that have come to the forefront in recent years.

The film series kicks off Wednesday, Sept. 7, with a 6:30 p.m. screening of “Queens and Cowboys: A Straight Year on the Gay Rodeo” at the Northwest College Intercultural House.

The following three Wednesdays will feature 6:30 p.m. showings of “Blue Like Me,” “Smoke Signals” and “Snow Falling on Cedars.” The first and last will be shown at the Cody Theater; “Smoke Signals” will be played at NWC’s Intercultural House. Each movie will be followed by a group discussion led by a special guest.

The Tuesday, Sept. 27, concert in the Nelson Performing Arts Auditorium features an evening of Sufi music with Amir Vahab, one of the country’s most celebrated Middle Eastern musicians. This traditional Persian musician was called an “ambassador for a silenced music” by the New York Times.

“The Bridge,” impetus for all these activities, is being called a “ground-breaking interfaith exhibition” by Caravan, which emphasizes the importance of bridging these cultures during a time of increasing stereotypes and media hype that help to widen the divide between the Middle East and West, spawning ever-growing misconceptions and apprehensions.

Toward that end, each Persian, Arab and Jewish artist was asked to focus on what they hold in common through their cultures and creeds—Christian, Muslim and Jewish— as they created works for the exhibit.

“The Bridge” has been exhibited at venues throughout the world, opening Feb. 2, 2015, in Paris to commemorate the UN World Interfaith Harmony Week. Since then, it’s been displayed in Cairo, Egypt, on Trafalgar Square in London, England, the Metz Cathedral in France, St. Paul’s Chapel bordering Ground Zero in New York, Rockefeller Chapel in Chicago, and various other locations in the United States.

It can be seen at Northwest College’s SinClair Gallery from 8 a.m.-5 p.m. weekdays. Admission is free to the gallery, located in the center of the Orendorff Building on 6th St.

“The Bridge” is brought to Park County by the Foundation for the Episcopal Diocese of Wyoming and the Northwest College Intercultural Program.

More information about all the events associated with “The Bridge,” is available at http://www.nwc.edu/international. 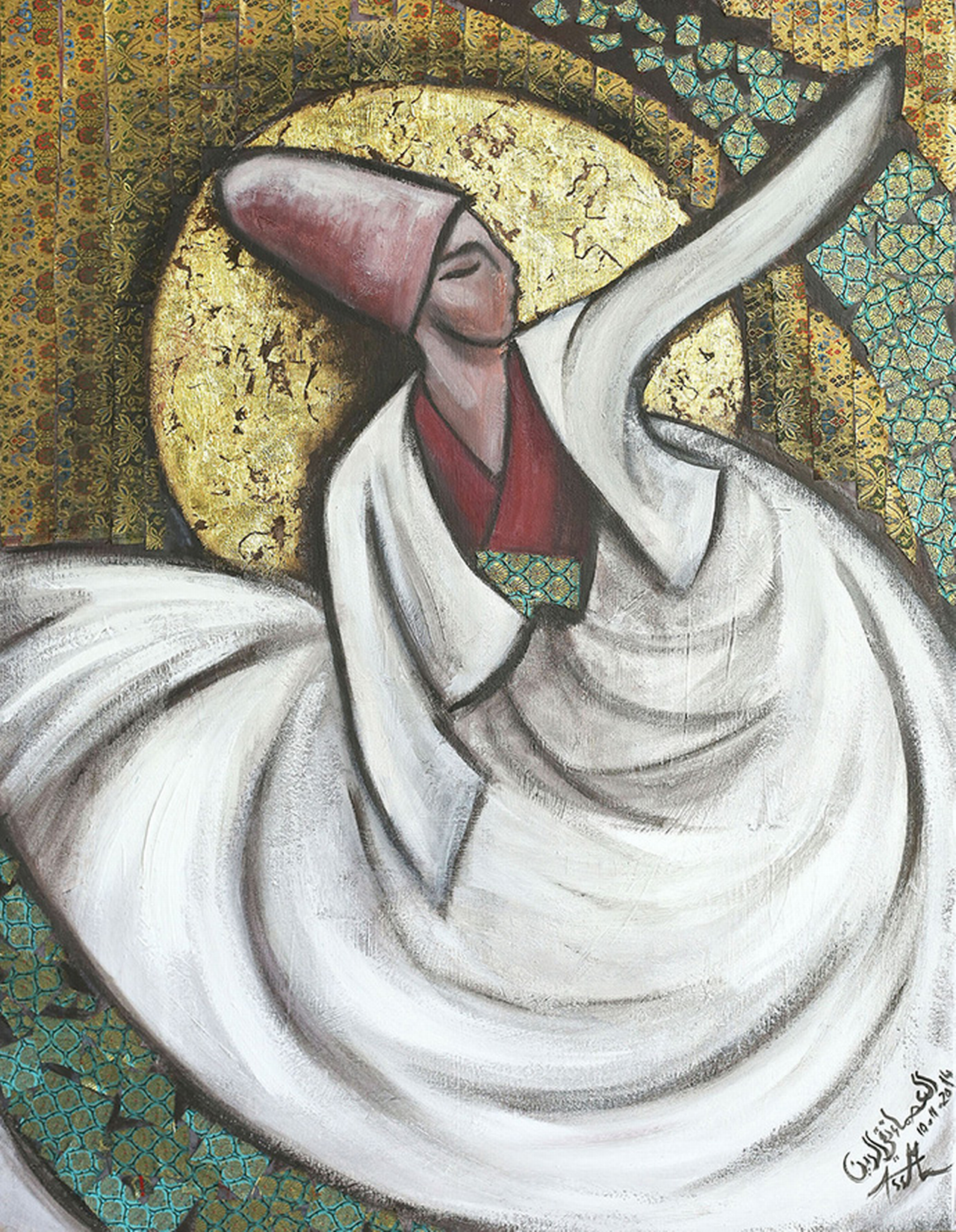 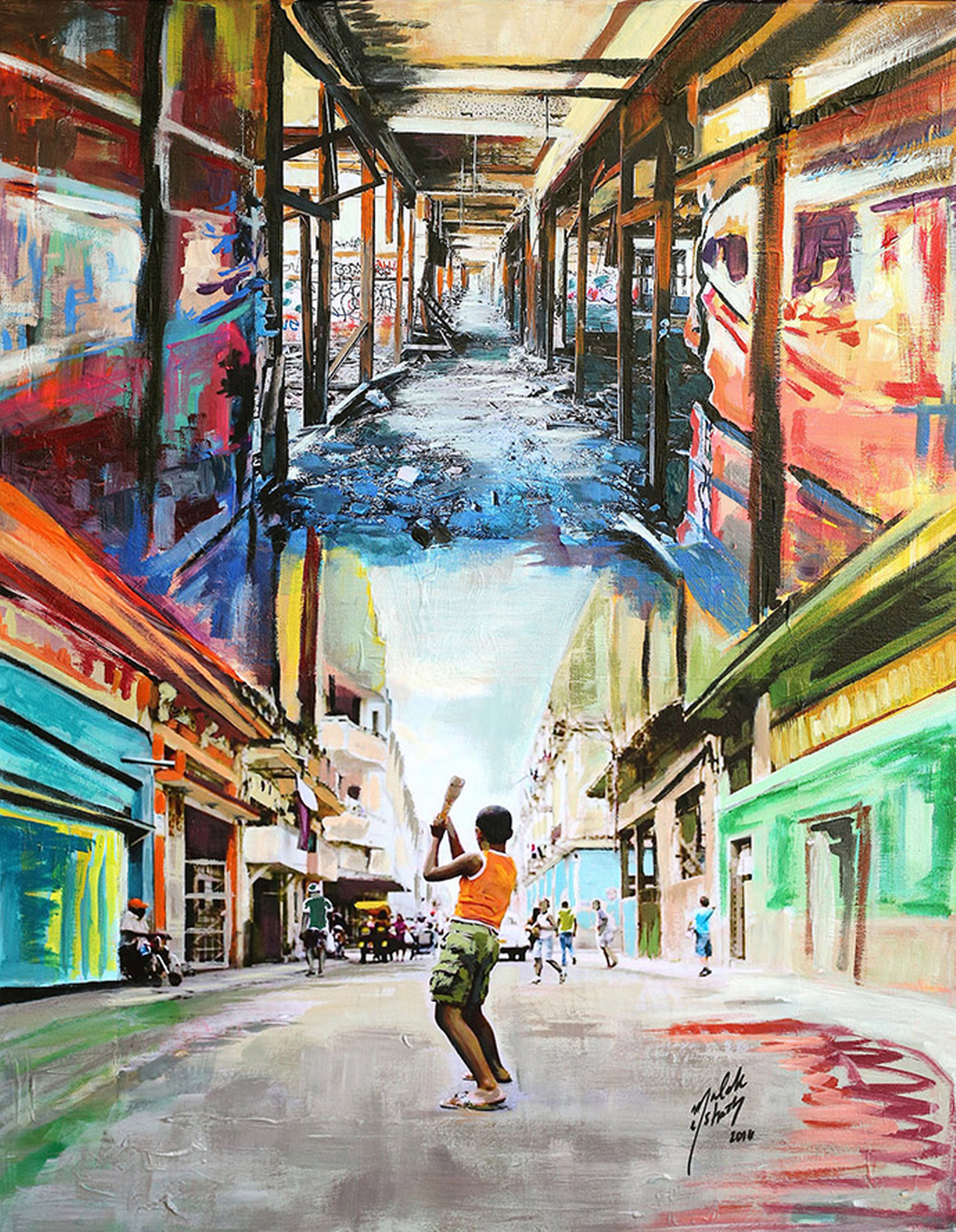