POWELL, Wyoming — Small-town gridiron heroes, their families and fans are the focus of a photography exhibit displayed Friday, Oct. 16-30, in the Meeteetse School Building. Area residents are invited to meet Morgan Tyree, the photographer, at a 6:30 p.m. artist’s reception Monday, Oct. 19, in the school’s Cafeteria.

“Six-Eight-Eleven” is a select photo collection about small-town high school football culled from a body of work amassed over nearly two decades. Since 1997, Tyree has spent every autumn weekend travelling the two-lane highways of Montana and Wyoming to savor the spirit of what he considers the purest form of football.

When not burning the road to get to games, Tyree spends his weekdays in the classroom as an assistant professor of graphic arts and printing at Northwest College.

His images capture the full spectrum of the six-, eight- and eleven-man experience—from team runs during practice sessions and fan seating accommodations on the grass slope of a hill next to the playing field, to the gritty action of the big game itself and the incredible mountain vistas that accompany so many small-town contests in the West.

Most of his images were taken in Wyoming and Montana, many during Meeteetse Longhorn games. Meeteetse residents may recognize many of the players and themselves in the photos displayed in the exhibit.

Acknowledging his “football-minded upbringing” in Akron, Ohio, Tyree explains that for him, following small-town football is something akin to hiking down the Grand Canyon instead of just viewing it from a tourist point on top—it’s one way to get a richer experience living in Wyoming and Montana.

“There’s more to Wyoming and Montana than standing in a blue-ribbon trout stream with a fly rod or hiking through a tranquil area of the Bob Marshall Wilderness,” Tyree said. “And on an autumn Saturday afternoon (Friday night too in some towns), you’ll find me in Highwood, Belfry, Meeteetse or Custer where small-town high school football folds into the landscape like sugar in your coffee. Perhaps the game isn’t as perfect as the NFL (National Football League), but the scenario is just as perfect as standing in one of those blue-ribbon streams.”

Tyree keeps a blog about his football experience at http://www.six-eight-eleven.blogspot.com, where players, parents and fans often check in to see what he caught or thought of their big game, to offer their appreciation for his work, and sometimes to challenge him about it.

His visual explorations of small-town football have been exhibited at the Massillon Museum in Ohio, less than a dozen miles from the Professional Football Hall of Fame in Canton (sometimes referred to as the cradle of high school football). Three of his images have also toured across America as part of the Smithsonian Institution Traveling Exhibition Services “Home Town Teams.”

His photo collections have been viewed at Texas A&M University at College Station, the Western Heritage Center in Billings, Mont., Laramie County Community College in Cheyenne and the Center for Fine Art Photography in Denver, Colo., to name a few.

“Six-Eight-Eleven” can be viewed during school hours in the cafeteria and hallway across from offices in the Meeteetse School Building. 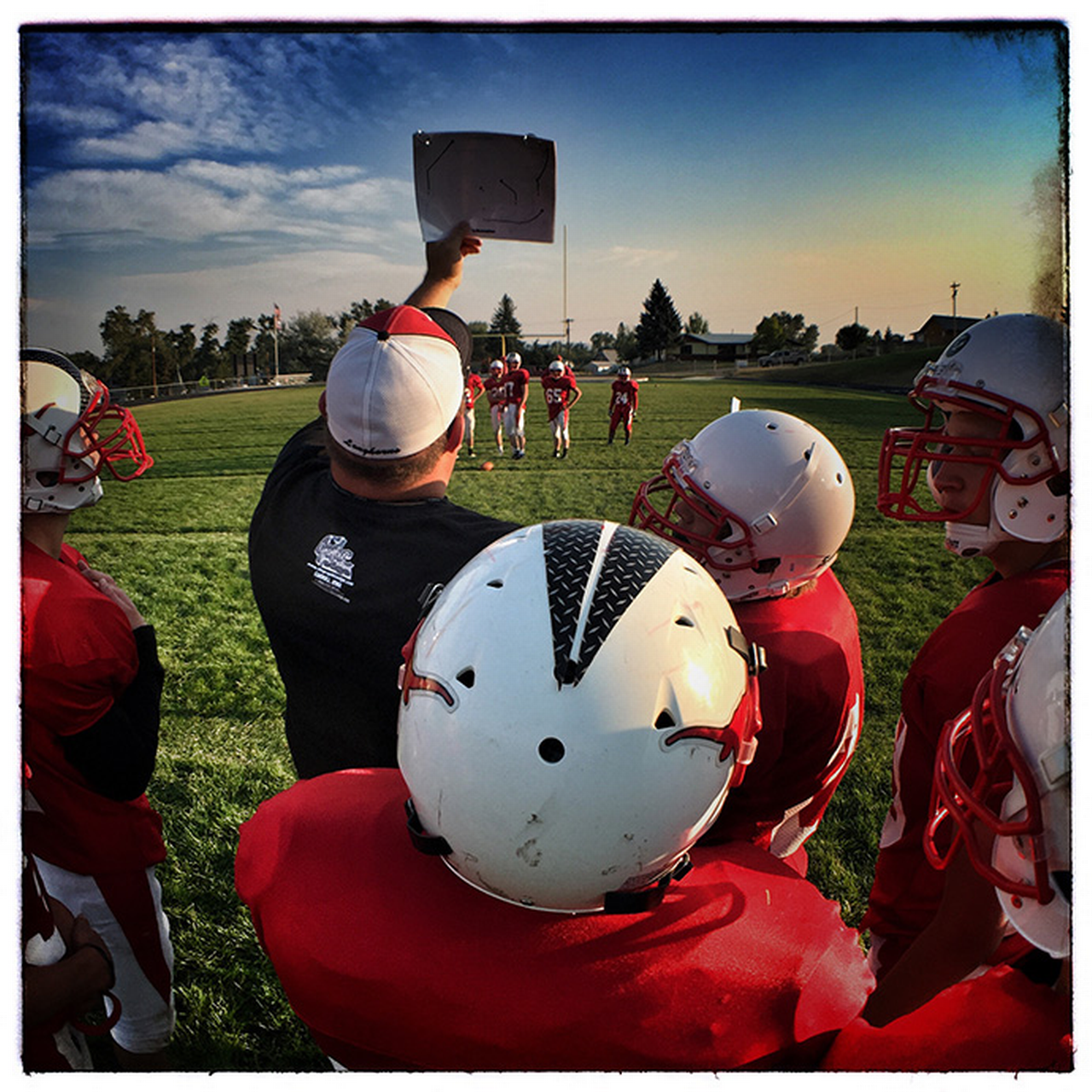 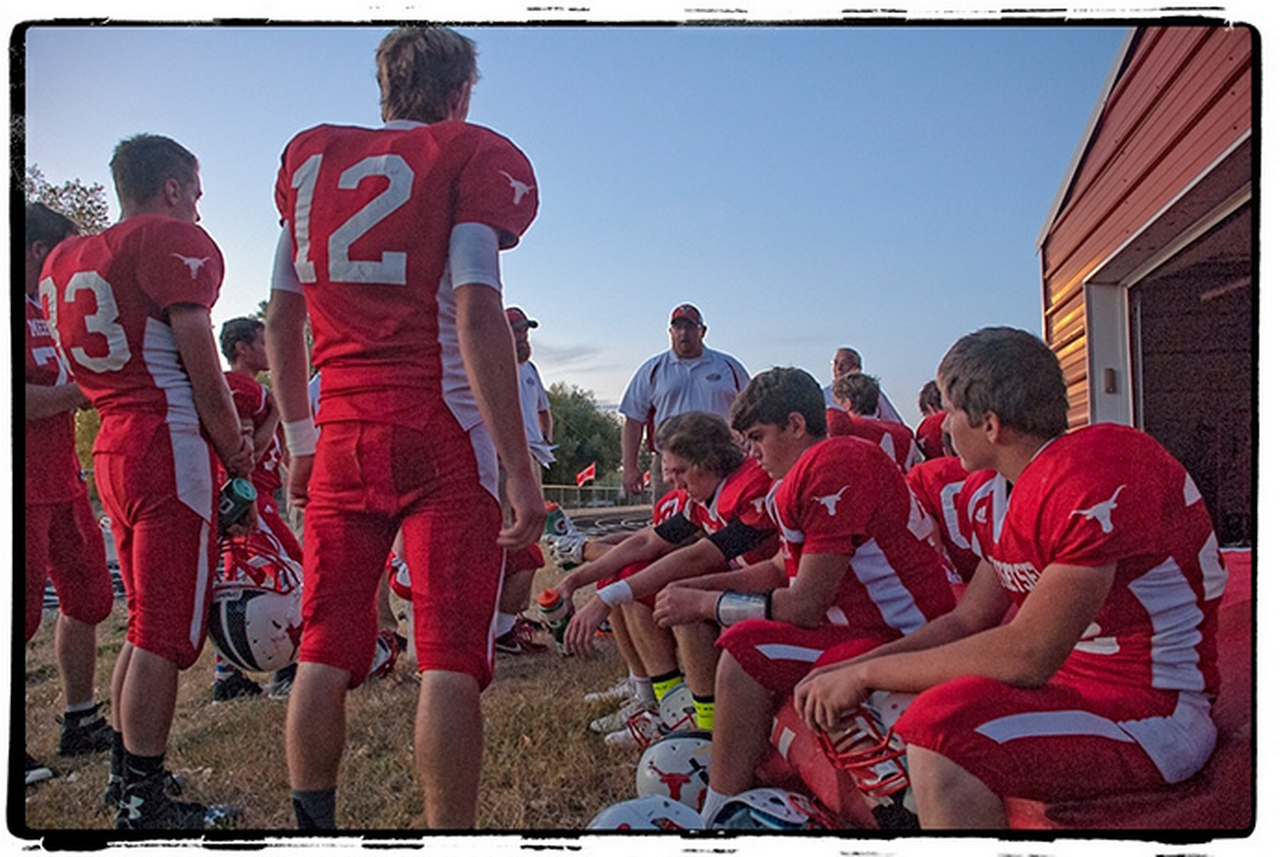 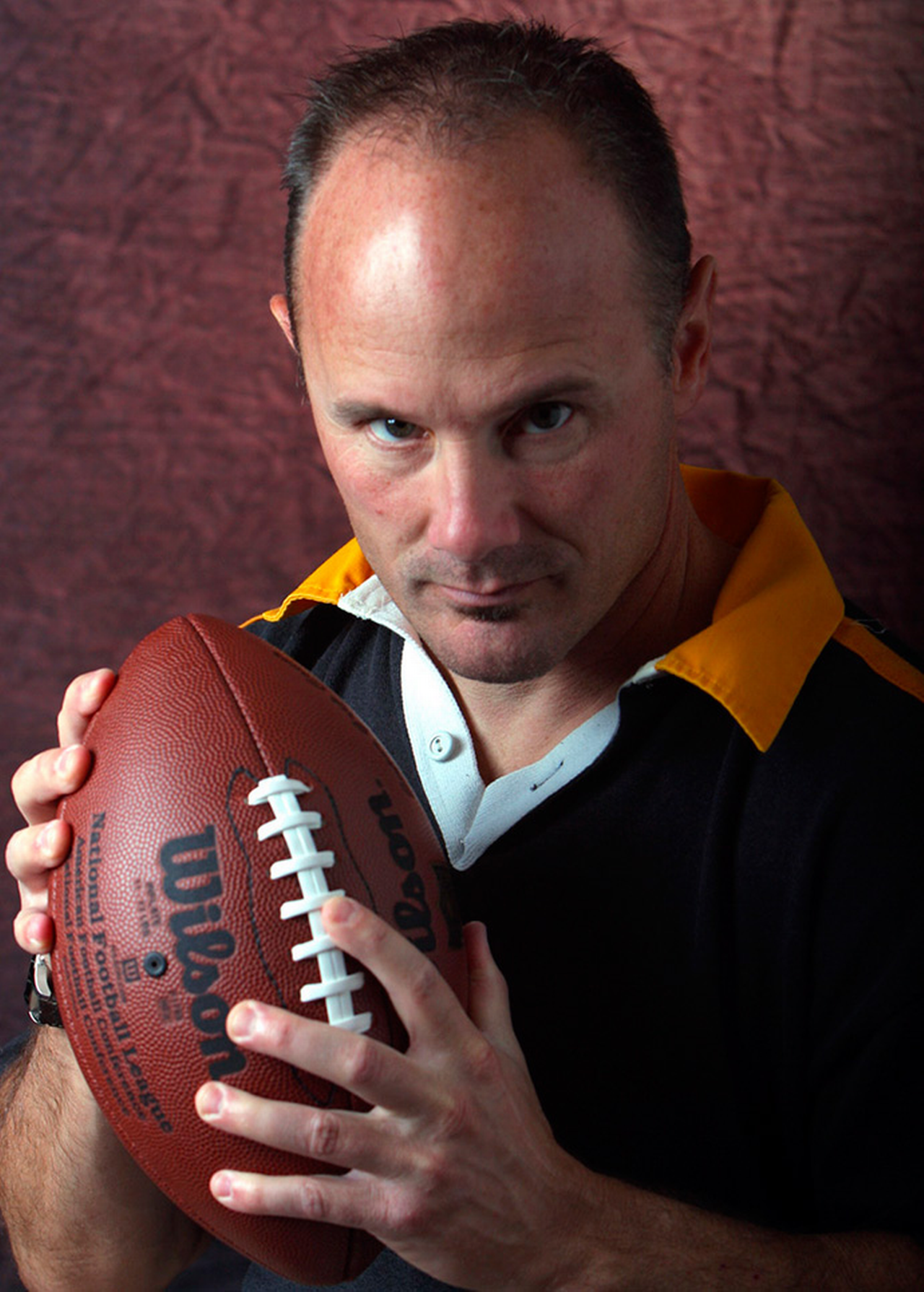