An NWC trustee since 2002, Vogt has served as the board's president for several years and also as WACCT president. He's been relentless in the advancement of community college issues, even on the national level, attending the Association of Community College Trustees' (ACCT) National Legislative Summit in Washington, D.C., where he met with U.S. congressional leaders. Two years ago he was one of five trustees selected to the prestigious ACCT Nominating Committee for the Western Region.

Vogt is known statewide for his proactive approach. After the state legislature's Community College Planning Study Task Force concluded its work without recommending revenue enhancements for community colleges, Vogt proposed the creation a statewide one-quarter of one percent sales tax to supplement funding.

On campus, he takes a personal interest in NWC's challenges, traveling last year with the NWC president and other staff to Montana and Idaho to research other colleges' student centers to inform NWC's facilities master plan. He was deeply involved in the last two presidential searches and chaired the 2007 search committee.

Vogt is a long-time, familiar fixture at NWC athletic events and other student activities. His service as a volunteer to the college began almost immediately after his paid service to the college ended. During his 30-year tenure as an NWC employee, he was director of the college's bookstore and student center, co-adviser to the student senate, assistant men's and women's track team coach, and part-time mathematics instructor. 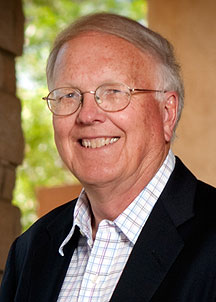 Nelson's affiliation with NWC began in the board room. He served as a trustee from 1972-1988. He joined the NWC Foundation Board of Directors in 1989, and was elected president in 2000. He's held that office ever since, leading the board's executive committee and serving as liaison to its investment committee, which currently manages $22 million in assets.

While his financial acumen has been invaluable, Nelson's service to the college hasn't been limited to the board room. He was a team captain during the early years of the college's annual campaign and personally solicited contributions.

Public perception of Nelson's role in the college's success was measurably demonstrated in 2004 when 58 percent of those interviewed in an independent feasibility study identified Nelson as the face of philanthropic efforts for Northwest. A busy schedule prevented him from accepting a request to lead the college's first multi-million dollar endowment campaign, but after learning that his leadership support could be such a key factor in the success of the Toward New Vistas campaign, he agreed to make the sacrifice. The campaign recently ended, exceeding its $8 million goal by more than a $1 million.

Nelson also created and helped organize the W. Edwards Deming Symposium at Northwest College in 1995 for the understanding and perpetuation of quality in the lives of people and their organizations. The program ran for several years and included quality awards for the State of Wyoming which were officially presented by the Governor.